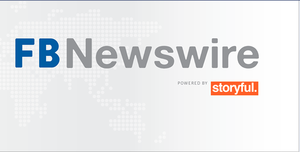 Speaking at WAN-IFRA’s Publish Asia conference in Hong Kong, Storyful founder Mark Little said that “the deal will help separate news from noise for journalists in one intelligent stream”.

The partnership with Storyful looks set to ensure that Newswire can avoid the kind of misinformation so rife on social media, and sift through what the estimated 684,478 pieces of content shared every minute on Facebook. Storyful’s validation process includes analysing a source’s location, past credibility and even weather and lighting conditions to judge whether content can be trusted. Recently Storyful debunked a Youtube video purporting to show a recent avalanche on Mt. Everest.

FB Newswire comes at a time when verified user-generated content is playing an increasingly significant role in the delivery of news. Earlier this year the European Journalism Centre released a Verification Handbook, a step-by-step guide for journalists on how to deal with user-generated content. In a blog post for WAN-IFRA, the report’s authors Craig Silverman and Rina Tsubaki cited the example of the 2011 Haiti earthquake, when local media could not operate due to the damage, and only a few foreign correspondents and stringers were in country. “Twitter was used to share and gather updates on the ground, allowing journalists to access information that they would not otherwise be able to obtain. The Ushahidi platform was also used to crowd-source situational updates and assemble these into a single map. In the process, aid workers and online volunteers worked together to map and translate the updates.”

But, as Silverman and Tsubaki point out, many newsrooms lack the resources and skills necessary to successfully verify content. By powering FB Newswire, Storyful will help resolve this problem.

Silverman and Tsubaki will be taking part in a panel discussion titled “Verification – new tools of the trade” at the 66th World Newspaper Congress in Torino in June.

Storyful’s involvement is limited to the FB Newswire page and the associated Twitter account, “Facebook and developer communities don’t tell you where to go,” Little observed. “They promote the sharing of the discussion but there is not a lot of human judgement involved. They have a vested interest in not interfering. They are asking us to take this process to a higher level to pick out content to verify and highlight to journalists.” Facebook and Storyful will not be interfering with most of the site’s content, simply providing a platform that sifts credible, newsworthy content.