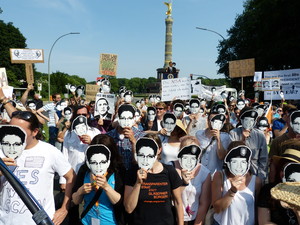 German journalism training network ABZV has released a video of tips called ‘How journalists should protect their communications’, featuring interviews with journalist Albrecht Ude, Spiegel Online’s Christian Stöcker, and Zeit Online’s Patrick Beuth. We summarise some of the key points that emerged from the short clip:

The video, in German, can be viewed below. The second part will be released on 23 May.

WAN-IFRA’s Trends in Newsrooms report, which will be released on 10 June at the World Editors Forum and World Newspaper Congress in Torino, will include a chapter on dealing with these risks, including advice from journalist and security specialist Alan Pearce who recently published a book ‘Deep Web for Journalists: Comms, Counter-Surveillance, Search’.