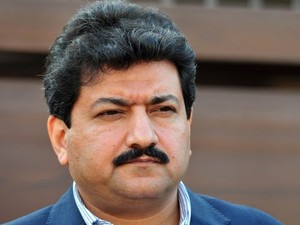 Mir, a journalist at Geo and anchor of the talk show Capital Talk, was attacked on 19 April by unknown gunmen, and was shot six times before escaping. The English-language newspaper Dawn reported after the attack that Mir had previously told friends and colleagues that the Inter Services Intelligence (ISI) would be responsible for any attempt on his life.

Speaking to BBC Urdu in an interview on Saturday, Mir claimed that he has continued to receive threats from “the ISI within ISI” since the attack, with senior figures telling him to leave Pakistan.

The attack and its fallout pose grave threats to Pakistan’s press freedom. According to the CPJ, 54 journalists have been killed since 1992, with particularly frequent attacks in recent years. The shooting has prompted WAN-IFRA to write a letter to Prime Minister Nawaz Sharif, calling for a “swift and thorough investigation.” But the dispute over Geo’s incendiary coverage that has ensued between Geo, other media organisations, and the state authorities, threatens to have more far-reaching consequences.

Last week, the Ministry of Defence requested the shut-down of Geo, accusing the country’s largest news station of conducting a “vicious campaign” against the ISI after the channel aired Mir’s brother denouncing the shooting against the backdrop of a photo of the ISI director general, Lt Gen. Zaheer ul-Islam.

And while many agree that Geo acted irresponsibly in directly accusing ISI with scant evidence, some parts of the media have been vociferous in their condemnation of Geo. Shortly after the attack, Ary News ran an article denouncing the station for its unfounded accusations against ISI and associating it with Pakistan’s rival India, claiming that “the Indian media has turned its guns towards ISI and has started formally accusing the prime intelligence agency of Pakistan.”

The Express Tribune reported several other journalists condemning Geo and accusing the channel of a pro-India agenda. Express News anchor Shazeb Khanzada said that “we are journalists and our job is to bring the truth forth and struggle for the rule of law… we are not supposed to fight against the federal and state organisations.” Khanzada said that “Indian channels took full advantage of the situation,” while journalist Haroon Rasheed said “there is something called patriotism. Love of the country is part of one’s faith but Geo people do not care for the country. Do they want to turn Pakistan into an Indian state?”

More recently protests and rallies have been staged across the country, with various parties declaring solidarity with ISI and the army, and accusing Geo of a conspiracy to undermine the country’s defence. On Twitter, a popular #BanGeo trend is gaining traction, stoked up by prominent pundits such as Ary News anchor Mubasher Lacman.

69 people are talking about this

Though he concedes that Geo “crossed the line of ethical journalism” in their coverage of the story, Dawn Editor Zaffar Abbas believes this backlash is being driven both by the commercial interests of Geo’s competitors and the influence of an angered intelligence establishment, arguing that “genuine patriotic sentiments have played a very minor role in this entire campaign.”

Abbas fears the media infighting between Geo and its rival may lead to more restrictions being placed on the entire sector: “with this kind of division, a debate is being encouraged through some so-called ‘media experts’ and retired military men that perhaps the media in the country has gone totally out of control, and the time has come to introduce some stringent measures to check this ‘unfettered freedom’.”

And though Abbas thinks the recent anti-Geo rallies have been pushed by commercial and political interests, he is concerned the sentiment could spread and “even a large section of the public may start to support the idea of some curbs on the media.” Attempts are being made to defuse the situation and bring the media organisations together, but for the time being there is a risk that this furore could be used as a pretext to contain press freedom in Pakistan and undo decades of progress.