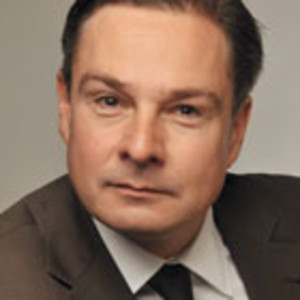 When I hear someone say this today I can’t help quickly pointing out that the paid content concept itself is not to blame; instead, by and large it is the misguided implementation of that particular project that is usually the culprit.

More specifically, in 95 percent of the cases it is the clear lack of strategy, commitment and execution that lead to discouraging results in a news publisher’s first foray into paid content.

In 5 percent, some publishers are crippled from the start as their sub-par brand, product and organisation leave them ill-equipped to make the numerous necessary changes that come with any paid content strategy.

Too many publishers still waiting for “silver bullet”

It has been roughly two years since paid content was viewed as the breakneck game of those “innovators” in the news industry, which have tested the waters since 2011.

Since then, the “early adopters” and some 10 to 20 percent of the “early majority” of publishers have started their paid content projects and launched in the past year.

But still roughly two-thirds to three-quarters of publishers are still standing outside the fence debating important questions – waiting until the “silver bullet for paid content” has been found or at least whether “freemium” or “metered” has been unquestionably decided to be “the right” model for eternity.

Along with the growing number of paid content projects that have gone live, we also hear a growing number of frustrated voices saying, that “paid content does not work” as well … and that the successes of The New York Times, Financial Times etc. are not examples applicable to other publishers.

But that is normal and to be expected in the process that transforms an industry. And we have a good model that we can use as a basis: Applying the laws and mechanisms of the innovation “hype cycle” leads us to a “paid content hype cycle” (see related graph at the end of this post).

The peak of “everybody talks about it with almost mystical hopes attached to the ideas” – which is typical for phase 2 of a hype cycle: The “Peak of Inflated Expectations” is already over.

The trough of disillusionment

The media conferences in 2012 and 2013 were as packed with speakers on that issue as industry media were crammed with articles and opinions about paid content. Today, paid content – placed on the classic hype cycle curve – would be located in phase 3 of the 5 phases that innovations go through: “The trough of disillusionment” – publishers realise, that by “just putting up a paywall” they do not convert enough Unique Visitors (UVs) to digital subscribers and they do not generate the revenues they need to offset print revenue decline.

During this often painful valley, publishers realise that the amount of “loyal” users they have built up in recent years is way too low to add a substantial digital business model to the declining print business.

They realise that the “free” content products are not “relevant enough” for UVs to consume enough digital articles that a subscription makes sense (for the customer – not the publisher).

Publishers realise their business and editorial organisations have to change drastically: In skills, the products they produce, the products they market, workflows, processes and shifts, in technology – and, foremost, in understanding and appreciating the digital customer mindset, which is different from print.

But walking through the trough of disillusionment does not change the road that each publisher has to master if they dislike the idea of continued cost cutting until the cuts hit the newsroom so badly that even the most print dependent target groups quit.

The name of the “slope of enlightenment” – or phase 4 of the Paid Content Hype Cycle is: Developing a Digital Strategy.

This strategy has to focus on three key elements:

(a) How can existing print-readers be actively migrated to becoming digital customers – with at least the same profit per customer?

(b) What attractive digital-only target groups already exist and with what kind of a product portfolio can I attract different segments of those target groups and convert them to paying digital customers?

(c) How can I change the existing culture of some “x” number of decades of monopolistic market approach both on the business and the editorial side to an innovative and actively customer-centric culture?

Type – and quality – of digital products

The good news is: This slope has already been walked, and there are around 30 critical elements of a successful paid content strategy that all have to be well designed and executed.

Often, the absence of one element tears down all the effort of the many other elements. But there are pioneers and experts in the industry that due to gut feeling, own strategic thinking, open ears to customers and experts, “by accident” or by “having walked the road themselves before” report better results.

The only serious challenge is: Finding the best executed practices and integrating those success critical elements in a digital strategy so that they enforce each other and implementing it properly.

Without external support either from experts or the coaching of executives of a befriended publishing house that already has travelled the road and paid their dues, those projects tend to frustrate, take too long, fail to keep the momentum or do not show the results needed due to compromises taken.

To change a news organisation until a sustainable digital strategy is developed and executed with the kind of digital products that digital audiences are willing to pay for, takes two to eight years – depending on the amount of failures, analytics, recovery and politics involved.

The future digital markets are being conquered today. In the next two to three years we will see a rising number of pioneering publishers that have arrived at phase 5 – the plateau of sustained profitability, where a diversified portfolio of paid online, app- and eMail-services will combined offset the decline of print profits as well as in combination with additional free digital products and services will offset the decline in print ad revenues.

But those successful publishers will not stop at territorial boundaries as in print times. Today’s print readers will give them their digital brand loyalty, if they do not find relevant digital offerings within the print brand they have grown up with.

Gregor Waller will be speaking next week at Digital Media Europe in London.

WAN-IFRA Consulting, with a 35 year history, has helped more than 300 companies including local, national and international media houses, with a focus on digital transformation, paid content, print & production, newsroom and editorial.