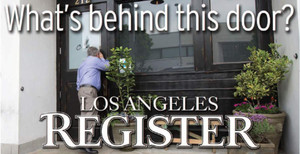 The publication joins the Orange Country Register and other titles in the Freedom Communications stable, the company taken over by former greetings cards executive Aaron Kushner two years ago. Since then, Kushner has been increasing the editorial staff (though cuts have followed) and has launched smaller, local newspapers to spread the company’s ad-sales reach. In the latest results, Freedom’s publications have seen a 27 percent jump in circulation.

But this growth hasn’t been coming from big names like the Orange County Register, rather from smaller, free publications bringing in the ad revenue. And the success of local print news may well be spreading beyond California. In Trier, Germany, a popular local news site 16vor.de is flying in the face of conventional wisdom by winding down their online presence and launching a monthly magazine.

Following the departure of one of the co-founders, 16vor decided that it was simply too labour-intensive to carry on constantly publishing articles and breaking news. To avoid sacrificing journalistic quality, they decided to move to the monthly format in a bid to keep providing local news for the town. Funded by advertising, the magazine will be available for free all over Trier.

While much of the publishing world devotes its attention to digital, several new ways of reinventing print have been emerging in recent weeks. Last week we covered the launch of French fold-out weekly Le1. And in March WAN-IFRA interviewed Erik Jensen, Editor of The Saturday Paper, recently founded by Morry Schwartz.

Pursuing print might not seem the most pragmatic of ideas in an increasingly digital world, with mobile and even wearables defining how people consume news. But research from America’s National Newspaper Association (NNA) suggests that local news audiences are large and engaged. Findings include 67 percent of those surveyed reading a local newspaper each week, while 80 percent said they and their family look forward to reading the community newspaper.

Though legacy newsrooms are seeing their circulations diminishing, printed newspapers and magazines clearly continue to offer something readers want. While online news might dominate the market for global and national issues, the NNA statistics suggest people still want to flick through a paper and read about something closer to home.

And in the case of The Saturday Paper, it’s something more ritualistic. Speaking to The Guardian, Schwartz drew on book publishing figures to make his point, pointing out that though a paperback costs three times more than an ebook, 85 percent of people still prefer to pay more for the print version. It seems an affinity for the printed product isn’t limited to the staff at these trend-bucking newsrooms.