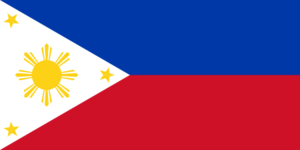 A known critic of illegal gambling and drugs trafficking, Oliverio worked for several radio stations on Mindanao island. His shooting comes only weeks after the death of radio host Richard Nadjid, while tabloid journalist Rubylita Garcia was killed in her home at the beginning of April.

The recent spate of attacks follows the killing of nine Filipino journalists in 2013, of which the Committee to Protect Journalists confirms three were for reasons directly related to their work.

And in 2009, 32 journalists were among those kidnapped and murdered in what became known as the Maguindanao massacre. The attack was allegedly carried out at the behest of a powerful political clan. In March the prosecution rested their case, and the trial continues.

After Oliverio’s death, government spokesman Edwin Lacierda told AFP, “We fully respect the freedom of the press. We are serious in our resolve to make sure to prosecute the people who have committed these dastardly acts.”

But the deaths of Nadjid and Oliverio will shed doubt on President Aquino’s ability to stop the violence, after his April announcement that a special committee would be formed to counter extra-judicial killings.

And the murders of these journalists seem may well go unpunished: according to CPJ 89% of killings of journalists in the Philippines are committed with complete impunity, placing the country among the worst in the world.