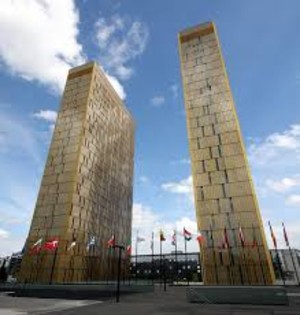 The debate stems from the 2010 case of Spanish national Mario Costeja Gonzalez, who complained that a Google search of his name revealed information dating from 1998 about an auction he had organised to pay off debts. He argued that this information was no longer relevant and should not be associated with him.

The ruling now gives individuals the right to demand the removal or amendment of such information unless there are “legitimate” grounds to retain the information. EU Justice Commissioner Vivane Reding described the judgement as a “clear victory for the protection of personal data of Europeans” in a post on Facebook.

The “right to be forgotten” may have significant consequences for news publications, something acknowledged by Reding in 2012. “There are cases where there is a legitimate and legally justified interest to keep data in a data base. The archives of a newspaper are a good example,” she said at the DLD conference in Munich.

But in some quarters the decision has been slammed as tantamount to censorship. In a scathing blog post, UK-based Index on Censorship said that demanding the removal of information is “akin to marching into a library and forcing it to pulp books.”

“Although the ruling is intended for private individuals it opens the door to anyone who wants to whitewash their personal history”, the article continued.

The decision is part of a continuing overhaul of Europe’s data laws – last month the Court of Justice overturned the Data Retention Directive, which had failed to ensure that the collection and retention of metadata by European governments was “proportionate” and in-keeping with privacy laws.