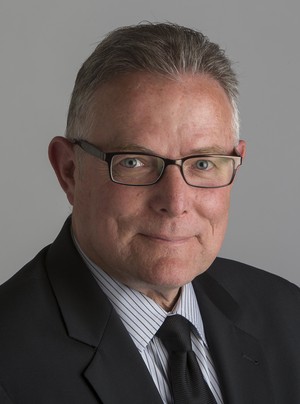 During that time, The Seattle Times won four Pulitzer Prizes, including one in 2012 for investigative reporting that exposed policies that contributed to hundreds of drug-overdose deaths. In addition, he led a major reorganisation of the newsroom that helped the paper to strengthen its ties to the Seattle community and far more effectively engage audiences on social media.

During a recent telephone conversation, we asked Boardman about the biggest changes to the chief editor’s role in recent years, how the newsroom reorganisation has evolved, and what he might do differently if he were to go back to running a major metropolitan newsroom.

Getting involved in the business of news

“I think the major change was the degree to which the editor really needs to be very squarely involved in the business and the evolution of the business model,” he says.

“As we experiment with new models and think about new streams of revenue, it’s essential that the editor be right at the table on that,” he adds. “So, I found my time spent far less on the day-to-day of the newspaper and more involved in the longer-term discussions about the future of the business.”

Along those lines, Boardman says those who want to lead newsrooms could benefit from earning a business-related degree.

“If I were 20 years younger and heading into that period of my career where I aspired to lead a newsroom, rather than the Master of Communication degree that I have, I would probably get an MBA or a degree in finance or something that was even more focused on business,” he says. “I think this is important for journalism actually: You want the representative of journalism and of the newsroom to have the same depth of understanding of business that the other people around the table do.”

“That said,” he adds, “it’s still essential the editor be the strategic leader of the news operation, the spiritual leader of the news operation. People are still hungry to have that sort of beacon, that sense of confidence and somebody who stands for a certain set of standards that ultimately they have to believe are inviolate: that no matter how much change and how much evolution we do, there’s somebody who will make sure that certain things are held dear and protected in terms of the values and ethics of journalism.”

During the latter part of Boardman’s career in Seattle, he oversaw a large-scale reorganisation of the newsroom. The new structure involved the development of three teams for producing, packaging and distributing content:

Boardman said that while he thinks The Seattle Times was definitely moving in the right direction, if he had it to do over again, he would try to increase the speed of change.

“I would really try to get the staff and the entire organisation, including the business side, to move faster and farther away from a focus on the website as destination and focus far more on effective ways of getting into the social stream in a really prominent way, and making sure that when people get there they find something that will then navigate them to other places on the website.”

“We were moving that way,” he adds, “but far too slowly. I think they, and certainly most American newspapers, still are moving far, far too slowly. I would move even more quickly there because I see people moving so quickly from destination website consumption to a social stream consumption of news. I would get the staff to focus even more intensely on unique stories of potentially high impact, even at the risk of short-changing routine stories because routine stories are a commodity: they’re everywhere.”

Instead, Boardman says, the newsroom should focus on “stories that have the opportunity to change laws, save lives, or at the very least, really enlighten reader on an important topic.”

To help do this, Boardman said The Seattle Times began to bring representatives of community sectors into the newsroom each week to interact with staff and this continues to be practiced today. During his tenure, these representatives included not only those from various social activism groups but also the CEO of Alaska Airlines (a major Seattle-based company), people from the protest group Occupy Seattle, as well as parents of school children, school officials, labor leaders, athletes from local sports teams.

These meetings were split two ways, he said. In the first half, the community representatives would take part in the news meeting and the weekly major planning news meeting and have the opportunity to “ask questions, offer suggestions, make comments and see how the sausage is made,” Boardman says. “And the second half of the meeting, we turn over to them and hear from them about stories that we might be missing in the community or things that we could do better. That’s resulted in dozens of spectacular story ideas.”

The newsroom of The Seattle Times, like so many other newsrooms around the world, has seen its staff size reduced in recent years. Boardman says such changes call for top editors to rethink the kinds of coverage their journalists are doing, “and really making hard decisions about the things that matter most.”

For example, he says, “with sports we used to write daily game stories of ‘this happened, and then this happened and then this happened,’ and we don’t do that anymore. The focus is much more on profiles and on why certain things are happening and realizing that people who are interested in a baseball game can watch it on their telephone. They can follow it on Twitter. There’s really not much point to re-creating it in a story.”

Boardman will be moderating the session on “Editor’s evolution: are you in danger of becoming extinct?” during the World Editors Forum on Tuesday, 10 June in Torino, Italy.