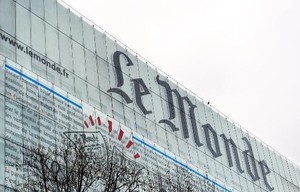 The loss of nine high-profile staff in less than a week has left French daily Le Monde reeling.

Reports of an internal crisis, fuelled by debates over the digital format of the paper and “a loss of confidence in the management”, culminated in the mass walkout of seven editorial executives last Tuesday and two deputy directors last Thursday.

As well as issues with senior management, a reluctance to switch from printed to digital press was cited by several sources as a cause of the unrest.

For Patrick Eveno, however, it is “too simplistic” to say that hesitancy to update to digital platforms has led to instability at the paper.

“If you look at Le Monde, it has had more digital investment than any other French daily”, he said.

“Without doubt, there is a certain conservatism among some people – some view themselves as grand artisans and are reluctant to change”, he said. “Yet many others are understanding of the changes.”

If the change to digital is not behind the unrest, then what does Eveno think is?

“It’s complicated. It is not the fact of updating from print to digital which is causing problems, but the way it is being done.”

“At Le Monde, there have been a series of social issues – people feel their jobs are threatened”, he said.

Le Monde is not the only French paper to play host to major resignations; this February, Libération editor-in-chief Nicolas Demorand quit after the paper’s journalists went on strike.

Are the recent events at Le Monde emblematic of a wider problem in French media at the moment?

“I don’t think so,” says Eveno. “With Le Monde, it’s a very specific problem. There is a congestion of management positions with shareholders, managers, directors…It’s had internal conflicts for a while.”

“Each newspaper has its own problem,” he concludes, “but it’s too simple to say that they all suffer from the same one.”