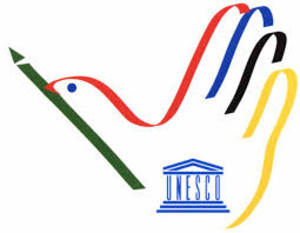 France Televisions’ Laroche Joubert opened the discussion with a nod to journalists operating in dangerous circumstances, telling the audience: “I realise that I am privileged as a journalist, and my thoughts go to those colleagues who work in totalitarian countries.” She highlighted the importance of the discussion by pointing out that fewer than 5% of those who kill journalists are held to account – impunity was a key part of the discussion and frequently described as the greatest threat to the safety of journalists.

Mostefa Souag, Acting Managing Director at Al Jazeera, spoke indignantly about the treatment of Al Jazeera journalists in Egypt, recounting the events of 3 May, when a judge sarcastically told Peter Greste and his colleagues “Happy World Press Freedom Day.” And he saluted those who risk their freedom and even their lives to cover stories in these circumstances, saying that “…they think that their right to cover means people’s right to know.”

The speakers initially emphasised the importance of establishing a strong, clear legal framework for the protection of journalists. Christophe Guilhou from OIF argued that the International Criminal Court should extend Article 8 to include journalists, making attacks against them a war crime.

But governments’ willingness to improve cannot be relied upon. Onur Andreotti from the Council of Europe said there was “stronger political will” among member states, but Secretary-General of RSF Christophe Deloire spoke about the hypocrisy of government officials from certain countries who profess to promote press freedom while continuing to imprison and persecute journalists.

Director of the BBC World Service Peter Horrocks recognised the importance of judicial rigour, but he said that “media organisations have to be more practical and more urgent in how we deal with this” –  while journalists from major organisations like the BBC benefit from security outfits, he said this protection needed to be extended to local reporters. “We need to use to use journalism itself to draw attention to this problem… we need to extend a mantle of information protection to those at threat.”

A representative from the US State Department spoke about efforts to support news organisations abroad: “In Central America, there have been regional efforts with journalists from Guatemala, El Salvador and Honduras to encourage safe journalism on topics like drug trafficking which might attract involvement from non-state actors”.

It’s clear that steps to encourage better practice from governments must go hand in hand with giving journalists the tools to protect themselves – including anti-surveillance tools and techniques. As Mostefa Souag declared, this can partly be achieved through solidarity: “when it comes to media freedom we have to stand together, wherever we are, whatever stand for, whatever organisations we are.”

Following the discussion exiled Chadian journalist Makaila Nguebla, currently at the Paris-based refuge Maison des Journalistes, gave a short speech about his persecution which forced him into exile. And a speaker from the floor raised the issue of protecting not only journalists but also sources, citing prisoners who provide important information for award-winning work subsequently being prosecuted for doing so.

“Vive le journalisme!,” Laroche Joubert declared as the event came to a close.