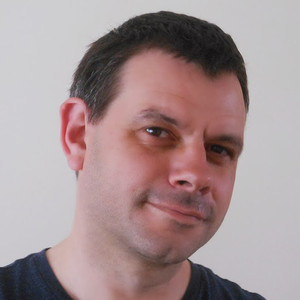 Belam’s focus is on informing Trinity’s audience through highly shareable data journalism presented in an entertaining, and sometimes mischievous, manner.

But as he works on a new Trinity Mirror project about to launch, he concedes that building an audience for more serious tabloid journalism isn’t easy.

Belam told World Editors Forum Research Fellow Julie Posetti that Ampp3d’s audience figures have revealed “…that it’s a lot harder to get people interested in unemployment figures than it is with cats. Who knew?!”

Belam: With Ampp3d, we wanted to take some of the lessons we’ve learned on UsVsTh3m about making things very shareable and do well on social media and apply it to stuff that wasn’t quite so frivolous, some serious topics.

Trinity Mirror in terms of the Mirror Newspaper has been repositioned as a more serious tabloid – we wanted somewhere where we could do some more serious journalism, and we’d built it very quickly in eight weeks from getting the go ahead to build it to launch. We build it on WordPress rather than on the sort of enterprise CMS, so it’s a completely separate thing, very mobile-first focused, responsive design, and hired a small team. There’s three full-time journalists on it and me, nominally as editor. The idea is to do interesting and quirky tabloid treatments of data journalism so we’re trying to find out what data journalism is for a tabloid newspaper; I think it’s generally been the preserve of broadsheet papers, but a lot of the things that produce data – schools, crime, health – they affect everybody and we’d like to find a way to inform people about these issues. But we also want to do it in an entertaining way, so Ampp3d is a little bit mischievous and it is fun.

Is it profitable? Is that why the company is backing it? Are you looking at trying to monetise it, or is it just about community building?

Belam: It has a little bit of display advertising on it. I think at some point we had a view that it could take native advertising, but at the moment it’s not been a priority. Trinity Mirror have been really good in terms of the projects that I’ve set up. It’s about building an audience. There’s something a bit reputational there for the business. I think Trinity Mirror would be the first to admit that they hadn’t been that innovative digitally. I think people are really quite surprised that these products have come out of that company. My boss Malcolm Coles has been really good at creating a space where I’ve been able to get on and launch these things. UsVsTh3m went from conception to launch in five weeks; Ammp3d eight weeks. Whereas a lot of media companies that I’ve worked in before, or I’ve worked for as a consultant, you can easily drag projects out for four months before you’ve even written a line of code because you’re still arguing over the pixels or getting a strategy document signed off.

You explained the business model of Ampp3d as being not about profit. What about audience? What do your figures reveal to you?

Belam: They’ve revealed that it’s a lot harder to get people interested in unemployment figures than it is with cats. Who knew?! Someone asked me what my measurements for success were this morning on a panel and the first one I gave was, is it good? I think we haven’t really hit the targets that I was hoping. The Wayne Rooney thing has been really our only kind of breakout hit, which has kind of broken out of the little bubble of politics and data wonks. And that’s kind of disappointed me a little bit, but, pretty clear from about the third or fourth week of the project that everyone was really happy with it editorially, and thought it really added something to the Mirror’s proposition, so I’ve been lucky that I haven’t been held to my traffic targets, that’s the most discrete thing I can say I think.

Given your focus on innovation, what are the top three trends you’ve noticed emerging in the past few months in data journalism? And what are you focused on at the moment as you think of your next big project?

Belam: The next one is doing a sport version of UsVsTh3m in time for the World Cup. I’m trying to work out how you can increase the turnaround time on topical games. My dream is that something happens 15 minutes into a football match and by half time we’ve launched a funny game about it. Whether we’re going to get that, I don’t know. That’s my dream. It seems to me that Ampp3d has been quite influential… I thought there was a lot of low hanging fruit in optimising stuff for social media around data journalism and I think everyone has pretty much caught up with us already. I’ve been using that to say to the team, we’re the only people doing this thing, you are only ever that for a very short amount of time, so you need to work out what the next thing is. But to be honest I’m not really that good at extrapolating out… I’m quite good at seeing a few things and synthesising them into something, but at the minute, I’m going to do the sport thing. I’ve got the project after that sort of lined up, but I’m trying not to think about it too much at the minute so that I can really look at it when the World Cup is over.