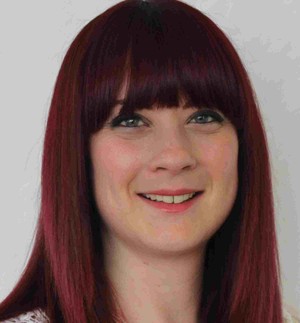 Before joining Twitter this past fall, Geary spent the majority of her career engaging readers, whether if it was with the Guardian as Social and Community Editor, or as Community & Web Development editor for The Times.

She also founded Hacks/Hackers London – one of the most vibrant chapters in the international movement bringing together technologists and journalists.

The move to Twitter seems a natural evolution for her – to continue to build relationships. In this case with news organisations.

“I always thought from the start Twitter could be an interesting platform for journalism, I guess this proves it!,” she said.

Geary will speak at the upcoming World Newspaper Congress in an opening day session titled “The Game Changers.” We interviewed her via email to find out how Twitter is engaging with news organisations.

WAN-IFRA: What types of relationships and goals are Twitter building with newsrooms?

Joanna Geary: Our role as a team is to make sure that newsrooms are getting the most out of Twitter. There are a variety of ways we do that. It can be as simple as getting reporters not yet on Twitter signed up and taking them through simple tips, right through to sharing the latest news and developments with dedicated social media editors and their teams so they can stay ahead of the competition.

One thing we spend a lot of time doing is introducing them to the tools that can help with the news gathering and publishing processes. I’m lucky enough to share an office with the Tweetdeck engineering team here in London. Tweetdeck’s a major tool for journalists so we talk a lot to them about how we can optimise the product for them. We also have other publishing tools like Twitter cards and publisher analytics, which help on the publishing side, so I work with newsrooms to encourage organisations to adopt these tools.

How do you think Twitter has changed or influenced journalism?

In my role, I work with newsrooms helping them get the most out of Twitter as a news gathering and as a publishing tool. Many journalists describe to me how it has become a fundamental tool of their profession.

There are many different ways that journalists use Twitter – to help them develop ideas for stories or to gather feedback. As the financial journalist Felix Salmon describes, “It’s my number one news delivery platform, by far. And it’s also my number one feedback mechanism. It’s invaluable to me.”

Prior to joining Twitter, I worked in regional and national newsrooms myself – and what personally drew me to the platform was how it could connect me to an audience that was interested in reading my work, and could help me improve it by giving me feedback, tip-offs and expertise.

Newspapers, particularly local newspapers, have had a long tradition of representing and standing for their readers – this attitude is one that translates well to Twitter. Newspapers and print journalists that really do well are those that engage genuinely and authentically on Twitter.

It’s very much just like every aspect of news gathering – people have to trust you if you want them to tell you their stories. Engaging on Twitter can be a great way of doing that.

Also, commitment to original reporting has meant many print journalists have been quick to recognise the power of Twitter as a tool for finding stories – a real competitive advantage when done the right way.

On the other side, what inherent weaknesses have proved challenging for them?

Social media has blurred traditional definitions of publishing. As a result, some news organisations are still figuring out how to approach social media and how it sits alongside their existing publishing processes.

On some occasions I have seen overly restrictive use policies – such as requiring all journalists to have their tweets reviewed before publishing. This can make it difficult for journalists to really take advantage of the live nature of Twitter.

The New York Times has an interesting approach. Their social media policy for journalists is to give them the flexibility to tweet themselves, but encourage them to apply common sense. “We ask our journalists to recognise that social media is a live microphone,” says Aron Pilhofer, Associate Managing Editor at The New York Times. [Editor’s note: The Guardian announced on 19 May that Pilhofer will join the UK media company as Executive Editor of Digital.]

What role should Twitter play in an individual journalist’s repertoire of reporting?

Twitter is a tool that can be used throughout the reporting process – from newsgathering using tools like Tweetdeck; to building an audience for your stories; to providing feedback and tip-offs that improve your work.

What are some of Twitter’s biggest challenges in the news market?

A recent study we carried out in partnership with Newsworks in the UK showed a strongly symbiotic relationship between Twitter and news. According to the report, 59 percent of Twitter’s 15 million users in the UK follow newspaper brands, and 62 percent believe news on Twitter should be verified by a respected newsbrand. People who discover news on Twitter, rely on news organisations to provide more context and analysis.

So there’s clearly a huge role for news organisations in that process – and one of the biggest challenge for news brands and journalists is how they find and verify this information in real time. Verifying sources and information is not a new challenge for journalists – but as an industry we are still figuring out how we do this in a digital environment, and at speed.

So one of the things we do is work with newsrooms and journalists to help them understand techniques and tools they can use to verify breaking news. For example, it is possible to use Tweetdeck to filter geotagged Tweets by location, so that you can see if there are multiple reports of an incident from a single location, which can be a sign of an emerging news story.

What are your three best tips for journalists diving into Twitter professionally?

Could you name a few of the best tweeting journalists you’ve seen and why?

Journalists use Twitter is all sorts of different ways, and there’s no definitive single “best practice.” However there are some really interesting use cases that I can highlight.

Sam Dagher from The Wall Street Journal is doing incredible things tweeting from inside of Syria. He is great at engaging with people and really explaining what the situation is like on the ground. It’s powerful stuff.

Peter Jukes did a great job live-tweeting the UK phone-hacking trial. He saw Twitter as his main publishing platform and as an archive tool. By tweeting every bit of notable evidence he now have a timestamped database of how the court case played out –useful for building timelines for a book he plans to write on the case.

Liverpool Echo’s LFC account has a wonderful tone and manages to sound human whilst also being a brand account. It also involves the fans and you’ll often see them retweeting reactions from their followers.

27 people are talking about this