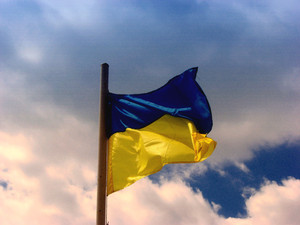 The climate for press freedom has further deteriorated since clashes between the Ukrainian army and pro-Russia separatists flared up. The safety of local and international journalists is now especially threatened in the eastern regions of Crimea, Donetsk and Luhansk, as they run the risk of violent attacks, abduction by armed separatists or detention by pro-government forces, confiscation of reporting equipment and obstruction of television transmission from both sides.

In an interview with WAN-IFRA, Oleksandr Akymenko, a co-founder of the YanukovychLeaks collaborative investigative journalism project, talked about the dangers facing journalists who cover Crimea and the need to provide the necessary training and protection: “It’s very dangerous to work there because they check on the border whether you’re a journalist or not. If you have the journalist card you are in danger.”

A recent report produced by the Organization for Security and Co-operation in Europe (OSCE) has recorded almost 300 cases of attacks spanning the period between 28 November 2013 and 23 May 2014, which began with the Euromaidan demonstrations in Kiev. Dunja Mijatović, Representative on Freedom of the Media for the OSCE, condemned such attacks and the ongoing impunity: “Law enforcement authorities have completely failed to protect journalists and none of these attacks were ever investigated.”

Local media in particular have become priority targets, according to Reporters Without Borders (RWB). The Institute of Mass Information (IMI) reported that at least ten journalists have been forced to leave the region. This trend is worrying since local media play a key information role, as Oksana Romanyuk, IMI director and RWB representative in Ukraine commented: “The local media are regarded as reliable news sources by the population in the eastern regions, which get contradictory messages from the Russian and Ukrainian national media.”

Censorship in the region has also been widespread, as many broadcasters are being shut down. In a recent case, on 2 June, IMI reported that representatives of the self-proclaimed Donetsk People’s Republic switched off Channel 5 in Makiyivka (Donetsk Oblast). Several other Ukrainian TV channels have also been reportedly switched off, in particular, the First National Channel and the TV channels “Rada” and “Donbas.”

Covering these events is especially hard given misinformation and propaganda in the mass media, which risks further entrenching the conflict. As journalists covering the crisis continue to be targeted by both sides, the media has also been caught up in an intensifying “information war.” Oleksandr Akymenko went as far as asserting that Russian propaganda has reached “Goebbels levels.” Ukrainian journalists and activists are starting to work in more organised ways to counter fake news through fact-checking initiatives such as StopFake.org and Fakecontrol.org.

While newly elected President Piotr Poreshenko has projected a central message for a return to peace and normality, restoring Kiev’s order will not be an easy task, especially if freedom of information remains under attack. “If the situation is not reversed it could contribute to the further escalation of the conflict,” warns OSCE’s Dunja Mijatović.