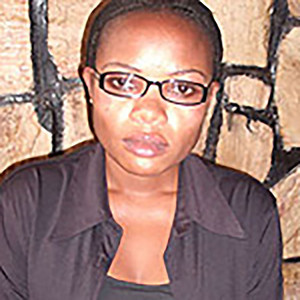 “I am very happy to get out of jail and I will continue my career,” AFP reports quote the journalist as saying as she left Kigali Central Prison where she had been jailed for publishing criticism of the Rwandan government in her bi-monthly Umurabyo newspaper in 2010.

The Rwandan High Court sentenced Uwimana to 17 years prison: five years for endangering national security, 10 for genocide denial, one for divisionism, and one for defamation. But in 2011 her sentence was reduced to four years after the Supreme Court cleared her of the genocide denial and divisionism charges.

She was arrested alongside her colleague Saidati Mukakibibi, who was released in 2013.

Uwimana’s imprisonment has been widely reprimanded by press freedom organisations worldwide, and she was included in WAN-IFRA’s ‘30 days for Freedom‘ campaign in April 2014.

There is tension between the government’s hope for national stability and freedom of the press, but many, including the editor of Burkina Faso’s Bendre, Cheriff Sy who was at the Turning the Page of Hate Media Dialogue conference in Rwanda earlier this year, say that journalism is the way to eradicate hate speech.

“The best way to counteract hate speech is with more speech… How can you respond to hate speech when criminal defamation remains on the books?” he told WAN-IFRA.

With Rwanda placing 162nd out of 180 on the Reporters Without Borders press freedom rankings, it seems there is a long road ahead for local journalists and publications. But Uwimana’s incarceration has not deterred her.

She told AFP she is “not afraid” and has “no regrets.”

“I am determined to do my job until my death.”

Facing Jail, World’s Press Calls for Charges Against Maria Ressa and Rappler to be Dropped