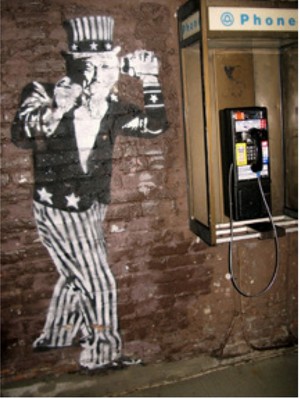 But many journalists and editors are “failing” in their response to the threat. In the second instalment in our Trends in Newsrooms series, Julie Posetti reports on the number one trend identified in 2014: the urgent need to shield journalism in the Age of Surveillance.

The media landscape has been transformed by NSA contractor Edward Snowden’s decision to leak a vast cache of documents to select journalists, notably at The Guardian and The Washington Post, which made global headlines a year ago this month. And “…the new challenge this year is how to maintain the internet as somewhere for free expression and innovation,” Michael Maness, VP Journalism and Innovation, Knight Foundation told the World Editors Forum.

Janine Gibson is The Guardian’s editor in New York and she led the paper’s US coverage of Snowden. She told WEF that the impact of the story cannot be over-stated: “… the implications are so profound and so hard to talk about without sounding like a member of the ‘tin foil hat brigade,’ but it is going to become one of the most preoccupying issues for journalists, and should be more urgently [addressed].”

Alan Pearce, journalist, broadcaster and author of Deep Web for Journalists: Comms, Counter-Surveillance, Search, says the threat to journalism posed by state surveillance is extreme: “Any reasonable intelligence agency is capable of tapping phones, intercepting email and following our every move – both online and in the real world.”

The Suddeutsche Zeitung’s Deputy Editor-in-Chief, Wolfgang Krach, says the Snowden case has had a two-pronged impact on journalism: “I think on one hand it will encourage more journalists than before to investigate before putting any trust or faith in the authorities. On the other hand, it is bound to change our journalistic behaviour; we have to re-think completely our dealing with sources, with people and whistleblowers who give us information.”

Time to revert to meetings in dark car parks?

Guardian Editor-In-Chief Alan Rusbridger told a conference at the London School of Economics in March 2014 that it is now nearly impossible for journalists to maintain the confidentiality of their sources because of the threat posed by surveillance. “Every journalist should understand that there is no such thing as confidential digital communication. None of us have confidential sources,” he said.

The impact of mass state surveillance on the capacity for journalists to access confidential sources in the post-Snowden era was also acknowledged by AP’s CEO and President Gary Pruitt at the World Editors Forum conference in Turin. “It’s created a very real chilling effect among our sources,” Pruitt said. “They’ve become nervous about talking with us. They don’t want their phone numbers associated with us. And government employees who previously routinely talked to us, now won’t.”

Guardian journalists now use encryption techniques and have changed the way they talk on phones and use email following the Snowden investigation. But on highly sensitive stories, the only solution may be air miles. The Guardian’s special projects editor in the US, James Ball, worked closely on the Snowden story. In May, he told the International Journalism Festival in Perugia that he resorted to flying across the Atlantic to discuss work in person rather than risk relying on technology. He estimated that he flew 130,000 miles in 2013.

Alan Pearce sees the irony of resorting to traditional, face-to-face methods of communication on a high-tech story but he appreciates the necessity. “Mass surveillance threatens the existence of the press. If we cannot research in private and correspond in confidence, then we are all compromised,” he told WEF.

Understanding of that new reality has already dawned at Germany’s Suddeutsche Zeitung. “Many of our colleagues are working with encrypted emails now – no one could’ve imagined that before. I partially encrypt my emails, which I never did before. And I know that even this isn’t sufficient – they can read anything in the end if they want,” Wolfgang Krach explained to WEF.

“We may have to resort to more old-fashioned methods, not to send important papers via email, to meet people in streets, stop communicating exclusively via email and phone. I think it’s necessary,” Krach cautioned. “The Snowden case revealed new and unbelievable things… The bitter experience for us is that we’ve been much too naive in dealing with our sources.”

Going back to paper and pen may seem like an over-reaction to the surveillance threat but Pearce argues that even that approach won’t guarantee privacy: “There is always a case for meeting contacts face-to-face and using a notebook and pen. But how will they arrange to meet secretly in a dark car park if their telephones are tapped and their email is being intercepted?”

Pearce believes most editors and newsrooms are failing the challenge to shield journalism from surveillance: “I know lots of journalists who say they are willing to go to jail to protect the identity of a source, and yet they don’t even take elementary precautions to safeguard the contacts in their smartphone.”

The Guardian’s Rusbridger blames the failure of journalists to protect themselves on technology barriers: “…peer-to-peer encryption is difficult for most journalists and it is quite time-consuming and most journalists don’t do it,” he has said.

But the problem is amplified by a lack of newsroom leadership, according to Pearce. He argues that it’s every editor’s responsibility to ensure that every journalist they employ understands the threats and knows how to work around them. “How many news organisations employ a cyber-security officer? How many have in-house training, showing journalists the threats they face and how to combat them?” Pearce asked in an email interview with WEF. He also pointed to the absence of cyber-security and counter-surveillance methods in journalism school curricula as a problem that needs addressing.

Some editors cite the prohibitive cost of technology-based solutions as a barrier to better privacy protection in newsrooms. But Pearce insists that cost isn’t an issue. “Mostly, cyber-security is a mind-set. It doesn’t have to be about expensive tools and equipment. In fact, most of the best tools are free and open-source because there are lots of people fighting mass surveillance,” he said. “If you combine technologies and tools in certain ways, you can go entirely unobserved because – no matter where the threat comes from – they can only see things if they know where to look. Mostly, we are dealing with computer logic. We have human logic. Our duty is to confound them all and operate in unexpected ways.”

What’s the impact of Snowden on your newsroom?

The World Editors Forum is seeking to measure the impact of the Snowden-effect on newsrooms globally. A survey targeting editors and senior journalists is currently underway and the results will be analysed with a view to sharing collective newsroom experiences and counter-surveillance measures through research-led journalism. The survey results will also feed UNESCO’s international study on internet privacy and freedom of expression.

You can read Julie Posetti’s complete report on this trend, along with Alan Pearce’s tips for managing the surveillance threat, in Trends in Newsrooms 2014, which is available for sale (free to WAN-IFRA and World Editors Forum members) here. Next week, we will showcase Trend 2 in the series: Mobilising As Wearables Hit the Market. Meanwhile, we will continue the discussion via #TrendsinNewsrooms on Twitter.