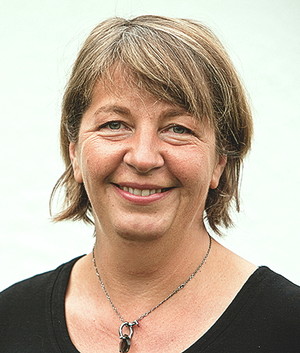 WAN-IFRA: What is the general trend in Europe compared to the USA regarding paid digital content?

Valérie Arnould: In Europe we are not yet at the level of the USA in terms of the percentage of newspapers offering paid digital content, or having paywalls, if you prefer. At the end of 2013, Ken Doctor, who closely monitors paywall adoption in the USA, found that 41 percent of U.S. newspapers had implemented restricted digital access, most of them using the metered model.

We are still below that percentage in Europe for implementation. But that will change in the next two years, since the vast majority is either preparing for launch or examining feasibility. As you know, the process can be lengthy, since it involves everyone in the publishing company.

So far, European newspapers tend to favour the freemium paywall model [Editor’s note: a business model in which a core product is free and extra features or content are offered for sale]. That is true for both regionals and nationals. Germany is a good example of that, with close to 80 newspapers having implemented paywalls, of which some 50 have the freemium model. In second place is the metered model, and there are a few examples of hard paywalls. Those figures come from the BDZV, the German newspaper publishers association, which monitors paywall adoption in the country.

How do you explain the differences between the paid content models chosen in those two mature newspaper markets?

What I am describing is the situation at the moment. Not counting the ‘classic’ UK cases of the Financial Times (metered) and The Times (hardwall), the most positive European experiences in terms of results come from freemium: Aftonbladet in Stockholm, Le Monde in France, and Bild in Germany. [Editor’s note: As of mid-May 2014, Aftonbladet had about 190,000 digital-only subscribers; Le Monde about 70,000 and Bild 200,571.]

Actually, positive views of the freemium model are not limited to Europe. During our recent executive programme in New York, Raju Narisetti, SVP Strategy of News Corp (owner of The Wall Street Journal, a freemium pioneer) told us something interesting: “We hate metered paywalls,” he said. “You’re essentially giving your business model away to your users, telling them that they can read the ten stories they want to read, then you’ll start charging them. But then what happens in high advertising periods that are often sold out and when you would need more ad impressions – what do you do? Besides that advertising aspect, the metered model always requires more editorial resources in order to support marketing efforts.”

There are different opinions regarding that model in Europe. The perseverance of European player Piano Media, which has more than three years of experience with the metered model, could play in Europe the role that Press+ played in the USA. Piano has revised its original “nationwide paywall model” (all publishers in a given country behind the same paywall) and now works with individual companies. Like Press+, Piano Media facilitates the implementation of a metered model. But I’m not enthusiastic about the idea of choosing a paid content strategy just because it seems easier to implement. Each choice should take into account the company culture and the market context. […]

Be sure to read the full-length interview in the July/August issue of World News Publishing Focus, due to be published in mid-July.

Also, the SFN Report “Paid digital content: The journey begins” is available free of charge to WAN-IFRA members and can be purchased by non-members. Details are available here.