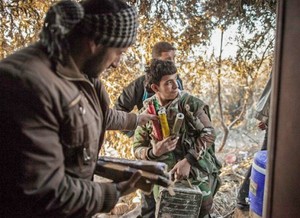 A number of journalists from across the world are held captive in the region, many of whom were taken while working in Syria. Foley was captured two years ago while working in the country, which is plagued by conflict over the regime of President Bashar Al-Assad. Precise, up-to-date statistics on exactly how many members of the press have gone missing while working in the region are hard to find, but Andrew Heslop, Director of Press Freedom at WAN-IFRA, points out that “determining the number of journalists who are missing, or have been killed because of their work is not an exact science at the best of times, and the problem is especially difficult in the case of Syria.”

“There are different numbers coming from each monitoring or reporting organisation due to reasons like the classification system used – some organisations measure just journalists, while others measure a much wider pool of staff. In short, there is no 100% accurate, fail-safe way of knowing essential statistics when it comes to journalists working in dangerous environments such as conflict areas or war zones,” he said.

Reporters Without Borders maintains what it describes as a “non-exhaustive list” of missing journalists. It includes Austin Tice, a freelance American journalist who had worked for high-profile organisations such as The Washington Post and Al-Jazeera. He has been missing since August 2012 when he was captured attempting to travel from the country over the border into Lebanon, and has not been heard from since. Tice, like many such kidnapped journalists, leaves behind a Twitter account – followed by Foley, who went missing just a few months later – which is now dormant. One of Tice’s final tweets, posted on 10th August 2012, says he was “glad to be out” of the Syrian town of Jdeidet Artouz:

Aside from Rastan, where there was a state of open war, I think Jadaydat Artouz was the most dangerous place I’ve been here. Glad to be out.

His kidnapping was followed over a year later by the capture of two Sky News Arabia personnel, Mauritanian reporter Ishak Moctar and Lebanese camera operator Samir Kassab, both of whom are still understood to be missing. At the time of their capture, Lebanese newspaper The Daily Star reported that their boss at the station, Nart Bouran, described the pair as “dedicated to covering the news objectively, professionally and without bias.”

While coverage of foreign media personnel taken by force in the country is extensive, native Syrian journalists who are kidnapped receive very little media coverage available in English in the West. Reporters Without Borders is often one of the only sources of information on the current status of missing Syrian press staff, and even Google searches of their names – usually a useful exercise for filling in gaps not covered by mainstream Western media – produce few results. Muayyad Salloum, for example, has been missing since 1st November 2013, and the only records other than Reporters Without Borders’ list of missing journalists are two tweets by his associate, one containing a pre-capture photograph: 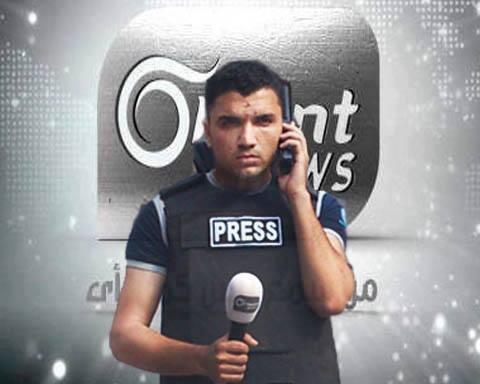 Freelancer Sami Jamal, abducted in August 2013, is still believed to be missing – although the Flickr photographer Ziad Homsi who was captured alongside him is back on Twitter and is not listed on Reporters Without Borders’ list. Many cases of journalistic abductions, however, remain completely secret for long periods. This is particularly common for those from the West, including Steven Joel Sotloff, who is threatened at the end of the video of Foley’s execution: details of his capture were not released until a family friend wrote about the abduction months after it happened.

“In order to avoid risking additional danger to those held captive, many cases of journalists who have disappeared do not initially come to light until behind the scenes diplomacy has been given a chance to succeed,” says WAN-IFRA’s Heslop. “When details are publicised the stakes can immediately become a lot higher, and this is of deep concern for news organizations sensitive of protecting their staff. One of the dangers of reacting too soon to news of a kidnapping is that delicate diplomacy can be undermined: captors could be prompted to raise ransom demands or even trade the captured journalist to more hardline, better resourced, or higher profile groups.”

Heslop believes that the consequences for other journalists working in the region could be tangible. “The killing of James Foley may make covering the ISIS story more difficult. The threat level has now gone up for those already being held captive in the region, especially those from the West. There has not been a case of this nature since the brutal killing of Daniel Pearl in Pakistan in 2002. That didn’t stop journalists going to work there, so it won’t necessarily here. However, the effects of impunity are of serious concern: with nobody to hold to account, the lack of justice may lead to journalists self-censoring and choosing not to pursue certain stories just to keep safe.”