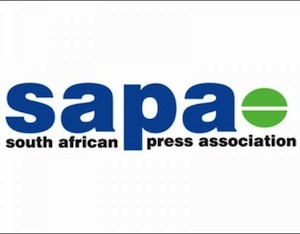 The South African Press Association (Sapa) has been fighting for its survival for some time now: publishing houses Times Media Group and Caxton have withdrawn their membership, with Independent Newspapers expected to do the same from November.

But there is interest in reviving the agency. Rescue bids are reportedly on the table from Gallo Images, KMM Review Publishing and Sekunjalo. For Sekunjalo, which owns Independent Newspapers, the aim of the acquisition would be to create a new company with participation by other media houses, with potential expansion across Africa, to ‘make it part of the wider African growth story’, according to a statement from Sekunjalo chairman Dr Iqbal Survé.

Sapa is “a non-profit company set up and owned by the newspaper groups since 1938 to facilitate the sharing and distribution of news. These agencies have provided the backbone of news distribution for decades, and they developed the formal, neutral style of wire agency reporting so that very different newspapers could all use the same regular stories,” explained Caxton Professor of Journalism and Media Studies at the University of the Witwatersrand, Professor Anton Harber, in a recent blog post.

Survé’s statement this week said he wanted to use Sapa to establish a ‘modern multi-platform, continental news syndication service’, by investing up to 50 million rand ($4,697,400) in the redevelopment of Sapa into an ‘Africa-based content syndication agency’.

Prof Harber, however, was sceptical about the wisdom of such a take-over when the World Editors Forum approached him for comment.

“It is hard to see how a national agency can be owned by one newspaper company, especially since Sekunjalo has shown little respect for editorial freedom or independence. Sekunjalo promised big investment in the Independent Group when they bought it, and we have seen only continued cuts and retrenchments there,” Harber said.

Sekunjalo bought the Independent Group from Independent News & Media (INM) in June 2013 and promised there would be no large scale job losses. However, in July 2014 Independent announced plans to undo a centralised production unit, leading to reports of potential retrenchments, which some, including the Media Workers’ Association of South Africa, claim may have constituted a breach of the takeover terms.

Harber continued, “It is hard to take seriously a promise of large-scale investment in Sapa. It makes little sense: with limited resources and huge debt, why would [Dr Iqbal Survé, Executive Chairman of Sekunjalo] look to invest his cash in Sapa and where would he get it? I am not sure I take this bid too seriously. The problem is that at a time when Sapa needed to invest in new models and find ways of providing value, it was cut back repeatedly – so that now it is little more than a shell, to be frank. Sapa’s attitude has been to stay away from the internet and social media, so it has so far missed this revolution entirely.”

Harber remained sceptical about the likelihood of Sakunjalo actually buying Sapa: “I think you might find that they think again when they take a closer look at what they would actually be buying.”

Sapa Editor Mark Van de Velden was more optimistic, saying Sapa was “in limbo”, given that all board discussions remain confidential, but he was confident of the need for a service such as Sapa in the future, telling the World Editors Forum: “As Southern Africa’s economic growth prospects begin to show through and more democratic systems with a vibrant media start also to become more evident, I’d reckon there’s a good opportunity to grow a reliable, and credible and wanted, news agency type flow of content, using every available digital platform that works.”

“I’ve always firmly believed, and said so often, that Sapa should be part of a financially viable exchange network of at least Southern African news agencies of all sorts,” said Van der Velden of the board’s decisions to convert what he described branded a “severely outdated” non-profit model into a commercial entity.

“The print media in one country finds itself largely reliant on “Western” news agency feeds to find out what’s happening in a neighbouring country barely a few hundred kilometres away. The problem has always been that Sapa is in effect the only non-government, politically independent national/domestic news agency in Africa. All of our neighbouring national news agencies are distinctly funded and controlled by government.

“News agencies will have had to obviously evolve quite sharply from the old comfortable role of being first to break news of events, or churning out government propaganda, and to take new social media aspects into account to stay relevant…Digitally, retail web platforms will probably still want a cost effective wholesale-basis broad raft of news and information around which to customise their own unique offering to consumers.That’s a good role for news agencies too.”

Despite this, Van der Velden remained convinced that there is still a place for news agencies such as Sapa, telling the World Editors Forum: “There is still a clear demand for strong, high quality editorial (multimedia) content among media consumers, as long as it sifts and cuts through all the noise and info-clutter “out there.”