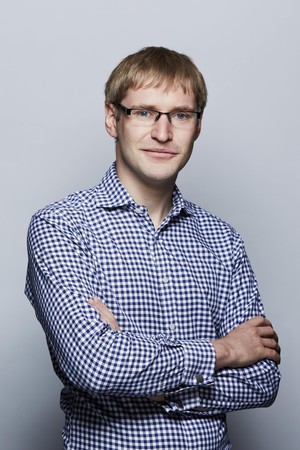 At the weekend, subscribers to the FT now overwhelmingly consume the content via mobile devices, with around 75% of traffic coming from mobile, highlighting the development of distinctive audiences with differentiated editorial interests, and triggering the recent launch of the Financial Times Weekend app.

How has the landscape has changed in the past twelve months from the point of view of your role at Pearson in terms of the way consumers have been connecting with content at the Financial Times?

Betts: The trend that we’ve seen over the last twelve months is a continued increase in the amount of consumption that readers have outside core working hours through mobile devices. The proliferation of devices means that people are increasingly reliant on accessing content, using apps, and being connected at all times of day, rather than just when they’re in front of a machine.

Readers are increasingly reading early mornings, late evenings and especially so over the weekends. [They are] engaging with more and through a greater diversity of devices and channels.

I used to think that it was just that I was a news junky, that this was the reason I slept with my iphone, checked my Twitter feed just before I went to sleep at night, and woke up to see what the Guardian has posted overnight before getting out of bed. But I’m clearly not so unusual anymore!

Betts: No, I think actually what publishers face is a battle for attention because actually when I talk to my peers who work in retail, they say that their prime selling hours are, you know, seven until eleven pm in the evening. That’s when they do all of their business. So if they can push the delivery deadline to get your order delivered to your store the next day from seven to eight o’clock, it makes an enormous difference to their sales. If you push it back to nine o’clock, even more so. I think that whether you’re reading Twitter, whether you’re reading the news, whether you’re actually just finishing your grocery shopping for the day, I think people are becoming more intimately linked to, and connected to, their devices.

And what does that mean for news publishers and particularly a business and politics orientated paper like The Financial Times?

Betts: It’s this constant battle for attention. If you look back ten years ago, when people used to commute to work, they could just pick up the paper, maybe they had a book, but there wasn’t an enormous amount that you could do. Likewise in the evenings, the diversity of things that people would typically do was much smaller. Whereas today, you’ve got in your pocket, wherever you go, an opportunity to be interacting with a variety of content.

It’s an interesting struggle because when we think about our traditional competitors, you would draw comparisons to Bloomberg and The Wall Street Journal. Whereas if you look where our competitors are at today, it’s more about people spending time with apps, whether that’s watching television, whether it’s playing games, all of this is a natural competition, that’s common for all publishers.

What’s specifically interesting to The Financial Times is the ongoing diversification of the interests of our readers. We have a weekend paper and we have a weekday paper and the content of those is quite different.

Are you finding the spikes on weekends replicate those breakfast and late night spikes that you discovered during the week?

Betts: Yes, absolutely – even more so at the weekend. During Monday to Friday, nine to five, the desktop site is still the most popular, whereas at the weekend the mobile apps are the dominant platforms. So far and away, people are reading far more content through mobile devices.

I have a view of your typical Financial Times reader during the week being someone who is likely to be engaged in a professional life, particularly within a business context. Do you have different groups of readers revealing themselves to you on weekends, or is it the same cohort doing different sorts of activities, perhaps engaged with lifestyle content, for example?

Betts: I think we have both. It’s very difficult to boil down categorically, “These are the needs of our readers,” because the needs just can vary so dramatically.

What we did was follow a specific methodology in building the weekend app – we acknowledged that we were going to build a product taking two different directions. We acknowledged that we have plenty of readers during the week who also want to read it on the weekend. They still want to be up to date on everything they need to know before they actually go on and read something with more leisure content.

Equally we have an audience on the weekend who don’t read us during the week and perhaps are more interested in engaging with the leisure content first and news becomes secondary.

In designing the app we tried to meet both of those needs as best as we could by doing quite simple things like taking the colours of the mastheads from the paper. Taking the branding and bringing that into the app, so that it became familiar, it became easier for people to find the content that they expected. For new readers and some of the news junkies, we expanded the navigation a lot because we found a lot of people didn’t realize the great breadth of content that we published over the weekend because it just wasn’t discoverable.

Note: We will publish part two of this feature interview with Tom Betts, focusing on the practicalities and ethics of data collection and analytics on Wednesday.