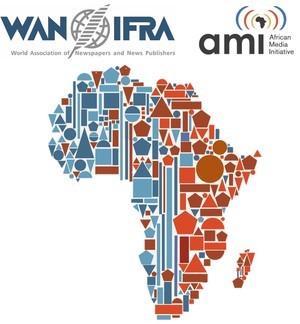 The new award will be bestowed upon a female editor who is active in the African news industry and has been an inspiration to her peers, demonstrating integrity and passion. The African Women in News Leadership Award is in its inaugural year but is expected to become an annual event.

When asked about how women can progress in African newsrooms, Botswana newspaper publisher Beata Kasale told the World Editors Forum, “Women must make themselves visible. The media is about visibility. If they take a back seat, nobody will know that they are there. They should be more assertive.”

Kasale is publisher and former editor of The Voice, one of seven Botswana media organisations that recently united to devise and introduce a common gender policy designed to mainstream newsroom equality. She said that in African newsrooms, “Women are missing in key positions of leadership in the newsrooms. Although there are a few women working as journalists, most are in clerical, cleaning, distribution and advertising departments.”

Kasale recommends that women should be more assertive. “At The Voice women occupy the top positions – Publisher, Editor, Advertising and Marketing Director, Operations Manager, Advertising Manager and Sub Editor are all women. In the newsroom the photographer is a woman.” Although Kasale describes women editors as their own worst enemies, “Once in power they forget about gender mainstreaming”, she acknowledges the impact of unequal caring responsibilities on the career progression of women with children. “Male managers should ensure there are policies in place which accommodate the needs for women to take care of children, as in most cases the male managers leave these duties to their wives too,” she argues.

The deadline for entries is 22 September 2014 and the winner will be officially honoured at the Opening Gala of the African Media Leadership Forum in Johannesburg in November 2014. The prize will be travel to and attendance of the WAN-IFRA World Newspaper Congress and World Editors Forum in Washington, 2015.

Note: You can read more about Beata Kasale in the chapter on the ‘ Rise (and fall) of women editors’ in the report Trends in Newsrooms 2014, edited by Julie Posetti. It is available here (free to WEF and WAN-IFRA members).