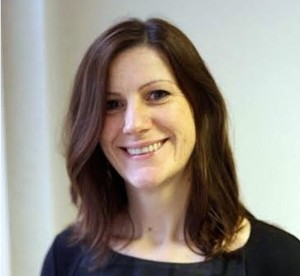 Gow will be sharing some of her experiences in the sector when she speaks at the upcoming 13th International Newsroom Summit during World Publishing Expo in October, in Amsterdam.

In this interview, Jessica Sparks asks Gow about working in regional media, the challenges of pioneering digital media innovation and ways to prevent your newsroom culture blocking such change.

Paint us a picture: what does innovation in newsrooms look like to you?

It’s a newsroom where experimentation leading to some form of change happens all the time: it might be telling a story in a different way, or developing a new tool for news-gathering or collaboration. Personally, I think experimentation is the thing that keeps our journalism fresh and makes us relevant … but it will probably be a bit of a leap of faith and lead to an evolution of how we work, interact with audiences and present our journalism. It’s also a newsroom with a clear system for managing ideas, whether they benefit editorial, commercial, or other departments: one that understands anyone in the company may have a ‘Eureka!’ moment, and should know where to take it. You don’t get the monopoly on ideas because you’re a manager.

Often, I think, innovation is working backwards from the endpoint of an idea, refining the processes to make it happen, without ever losing sight of the final goal. Too often we compromise or give up on a final vision because operations/systems/culture won’t accommodate it. Never lose sight of what you’re aiming to achieve, and work over or through obstacles.

You argue that becoming more innovative in this digital space is not just about a change in platform, but a broader integration of many aspects that would transform the entire nature of newsrooms. Why isn’t this more widely adopted in newsrooms?

We get hung up on platforms – right now, it’s all about responsive design and mobile. I agree that design is important, but actually, understanding our audiences is more important. Fail at that, and your platform can be as beautiful and responsive as possible – but it will be a vacuum.

I also think we often think and talk about ‘our readers’ or ‘the audience’ as an entity. An audience is not a shoal. It’s comprised of individuals who do things at specific points in their day, just like we all do. Understand that, layer it into your audience data … and suddenly you start to see a much more intricate picture of who you create stories for. From that, you can learn how you should create those stories and what formats they need to be presented in.

I think newsrooms have taken a long time to move from talking about readers (as in, people invested in what we produce) to audience (as in, the potential pool of people who we could attract). Taking it down a further layer to thinking of individual behaviours within that mass is the next step.

I think it’s about mindset rather than size; a small regional newsroom should be able to experiment with different ways of storytelling, free social tools, collaboration with audiences, etc, but ultimately you do need managers who are bold enough to support experimentation.

And playtime is very important – helping journalists learn social tools and how to interact online is as important as any law refresher course, but for smaller newsrooms staffing issues may impinge. Personally, I think we have to accept the changing world we work in, and make it happen.

You were one of the early adopters of Twitter among professional journalists. What sparked your interest in online, digital avenues of storytelling so early on?

When I first joined Twitter I had quite a small network comprising mainly of journalist and developers, and I found it opened new avenues of advice and different perspectives on how we should interact with audiences and develop storylines in transparent ways.

In 2008, Liverpool, where I worked, was the European Capital of Culture, and as more people in the city took to social media, so my network as a journalist grew. News stories were breaking online, people were posting updates on Twitter and those of us journalists who were using Twitter were finding the information, sifting facts from noise and verifying, and telling people directly. It was an intimate but very open form of journalism. And, of course, Twitter was very much a microblog; that blogging aspect of Twitter has diminished as it’s evolved and I do miss that.

What kind of resistance to social media did you initially encounter from colleagues? How did you navigate these barriers in newsrooms?

Some colleagues embraced social media, others were indifferent or dismissive. Those who were indifferent could see there was a benefit but felt it was less ‘real’ than the traditional role of telephones, meetings, face-to-face conversations and real-world contacts.

Those who were dismissive were (and I say this with hindsight because at the time the hostility hurt and baffled me) afraid of how journalism was evolving, and were concerned for their future.

Navigating barriers was very much about demonstrating effectiveness. At the time, I worked on the Liverpool Daily Post with David Higgerson. We set out to demonstrate the effectiveness of crowdsourcing story ideas online, pre-publication, we worked with online communities such as Flickr to form collaborative partnerships and helped some of our blogger journalists to become well known online brands in their own right.

When we successfully pitched an idea to live-blog the whole day of the newsroom, from first web upload to final front page sign-off, it was a significant culture shift for many of the journalists involved as they found themselves getting instant feedback and conversation from audiences for the first time.

You’re speaking at the upcoming Newsroom Summit on strategies to prevent newsroom cultures blocking change. What’s the biggest barrier you have personally faced working in this space?

Inertia has been a terrible thing for the news industry – for decades nothing changed, and then everything changed, including the amount of revenue flowing into our businesses, and we just weren’t equipped to deal with it on an economic, cultural or and operational basis.

[Online] was regarded at best as a luxury, and at worst as helping hasten the demise of historic news brands. I think the biggest blocker was probably the ‘them and us’ mentality that existed between digital and print teams, because it fostered the idea that the newsroom Nerd Herd ‘did digital’ while everyone else did the heavy lifting. It wasn’t uncommon to find a journalist refusing to file breaking news stories for online because they felt it would damage the newspaper.

We’ve travelled a long way in a relatively short time, but we can never stop striving to do more – otherwise we will simply end up repeating the mistakes we made in the late 20th century all over again.

What practices have you put in place in your work to combat such newsroom cultures? What has worked and what hasn’t?

Positive results can make the case better than any amount of policy – demonstrating outcomes achieves more than any amount of lecturing. Our data unit, for example, regularly produces extraordinary pieces of journalism such as the World War I records database.

We place a lot of store in structured training, running knowledge-sharing seminars, and courses to help journalists learn new tools and understand when and how to use them.

If something doesn’t work, it doesn’t matter. Learn from it, move on. Understand not all ideas will fly, but if you don’t experiment you’ll never succeed in doing something extraordinary.

And if you’re editor of a brand with digital platforms, you have to advocate harder for online innovation and experimentation than anyone else in the newsroom, because everyone will be looking to you for their lead.

What recent developments have you seen in newsroom approaches that have excited you?

BuzzFeed delivered a lesson to traditional media on how to do sticky, shareable content with their lists, and are now doing some excellent original journalism.

I think both the Quartz and Cir.ca reading experiences are excellent while quite different from each other, but sum up the different aspects of what online audiences look for: snappy information but also greater context and an element of discovery that leads to pleasing surprises.

At Trinity Mirror, I’m proud of the work we’ve done with immersive storytelling via Shorthand, which has been educating, fascinating and rewarding. In my role, I want to take live reporting and real-time content on to the next level in our newsrooms, and we have some plans for that and to bring the Internet of Things into our journalism. I also can’t wait to get Arduino workshops on a newsdesk.

Alison Gow will be on stage during the session How to prevent your newsroom culture blocking change at the 13th International Newsroom Summit during World Publishing Expo on 13 and 14 October 2014, in Amsterdam.