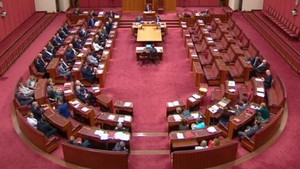 Australian intelligence agencies will be given broader and increased powers to combat terrorism threats, including unprecedented access to the nation’s entire web network, and journalists and whistleblowers who could soon risk jail for reporting on matters of national security.

Jessica Sparks reports on the latest developments of this contentious legislation and its alarming threat to media and press freedom.

Support from the Coalition, Labor and the Palmer United Party, has seen the National Security Legislation Amendment Bill (No 1) well on its way to becoming law – passing the Senate late last week 44 votes to 12, and now all but guaranteed a similar endorsement and passage through the House of Representatives.

The updated legislation addresses several recommendations of the key Parliamentary Joint Committee on Intelligence and Security inquiry into the original bill, which WAN-IFRA reported on earlier this month.

Significantly, the legislation provides for greater flexibility and protection from a variety criminal and civil liability for intelligence officers when conducting special intelligence operations (SIOs), and expands ASIO’s potential for monitoring and surveillance, allowing unprecedented access to the entire nation’s Internet and computer systems and networks with just one warrant.

Many academics, lawyers, journalists, media organisations and rights groups are also particularly outraged and concerned about the harsh measures being enforced against any leaking or publication of information about these SIOs – even unwittingly – including by journalists and whistleblowers.

The legislation impinges on a journalists’ ability to report on matters of national security, imposing sanctions of up to five years imprisonment for anyone who discloses information about an operation. If the disclosure endangers anyone’s health, safety, or notably, the effective conduct of an operation, that jail term can rise to 10 years.

Those who identify an ASIO agent could also face a decade in prison under the new Bill, an increase 10 times the existing maximum penalty called for by the Palmer United Party.

According to SBS, the legislation was labelled “urgent” by Attorney-General George Brandis, who said in a “newly dangerous age” it was vital that those protecting Australia had all the powers and capabilities needed to do their job properly.

When the bill passed last Thursday night, he told Parliament it was the most important reform for Australia’s intelligence agencies since the late 1970s.

Yet, despite his assurances that the provisions “have nothing to do with the press” and are intended to target Edward Snowden-like intelligence officers rather than journalists specifically, no exemption to this effect has been included in the legislation, meaning journalists could still possibly be jailed for publishing reports based on leaked information from intelligence agencies.

Senator Brandis also refused to say whether journalists would be jailed for reporting on incidents such as ASIS’ alleged bugging of East Timor’s cabinet or the Australian Signals Directorate’s phone-tapping of the wife of the Indonesian President, Susilo Bambang Yudhoyono.

Stakeholders concerned about the amended legislation passed by the Senate

The Australian Lawyers Alliance said the changes would have “not just a chilling effect but a freezing effect” on national security reporting.

Union and industry advocate for Australian journalists, the Media, Entertainment and Arts Alliance (MEAA), has repeatedly raised concerns over the threat the new laws have on journalists, including in its submission to the parliamentary committee inquiry. It has described the legislation as an “outrageous attack on press freedom in Australia,” accusing it of “muzzl[ing] the media from doing its job.”

“The penalties applied to the media for scrutinising power must be condemned,” MEAA federal secretary Christopher Warren said, “This Bill has been rushed through in undue haste without proper discussion or debate of the implications it has … at a time when the parliament should be defending and promoting freedoms in our society it has instead chosen to strip them away.”

“Journalists will be compelled to resort to the tools and techniques of espionage to protect their news sources and stories from being interfered with by the government and its agencies.

“At the very least there must be a sunset clause on these extraordinary powers; an improved and rigorous process of independent oversight and review; an understanding that denying the public the right to know what governments do in our name is an appalling assault on democracy,” he said.

One of the most vocal opponents in the Senate, the Greens’ Scott Ludlam has similar reservations about the Bill: “I think this Parliament is being bullied to pass something in the heat of a national security crisis that we will later regret, as we regretted an earlier tranche of legislation that we passed in 2005,” he told Fairfax Media the evening before debate commenced.

Senator Ludlam and other cross-bench senators raised particular concerns about the lack of protections – even after amendments were made to the Bill based on the parliamentary inquiry’s recommendation – of the “recklessness” test in prosecuting journalists and media organisations for publishing or broadcasting information.

The new laws have also suffered a backlash from the online community, who have gathered under the trending hashtag #HeyASIO to express their thoughts – salient and sarcastic – on the tough new anti-terror measures and increased surveillance powers of the national intelligence organisation.

But the more serious side is the very real threat to the future of journalism, its reporting on matters of public interest and its important institutional role in maintaining public accountability and scrutiny – all at a time when these things are most in need, as Katharine Murphy writes in The Guardian. The Senate passes arguably the most significant constraints on press freedom seen in Australia outside of wartime and yet, she noted, “the community as a whole declined to be outraged … nobody, apart from the journalism industry, the Greens and a couple of crossbench parliamentarians [has] stood up for press freedom.”

“What I am saying is: wake the hell up,” she writes, “I have never been more resolved, in 18 years of practising journalism, of the absolute importance of our function in a democracy. I have never been more sure that the opportunity cost associated with doing this job is, actually, worth it.”

Where to from here, for the Abbott Government’s anti-terrorism legislative agenda?

The legislation is expected to be debated in the House of Representatives this week, before being adopted as law, signaling a potentially significant shift in the media and press freedom landscape of the country that has largely gone unnoticed, or unobjected to amidst a climate of fear – an ignorance or fear perhaps not overcome until it’s too late.

Meanwhile, a second round of anti-terror laws, this time targeting foreign fighters by making it a criminal office to travel to a terrorist hot-spot without a reasonable excuse, was also introduced last week and has opposition support. A third bill will be introduced later in the year, enabling the collection of Internet and phone metadata for further unprecedented access by law-enforcement and spy agencies.