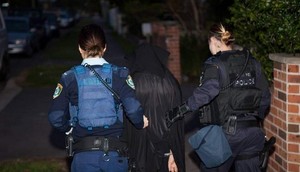 “This is the most flagrant example of the Australian government posing an open threat to the liberty of journalists and other communicators simply trying to do their job in the reporting of news important to all citizens,” leading Australian media law expert, Professor Mark Pearson, told the World Editors Forum.

The federal parliamentary joint committee on intelligence and security charged with reviewing the proposed legislation published its report this week.

It makes 16 recommendations to the National Security Legislation Amendment Bill (No. 1) 2014, which legislates to increase the power of intelligence agencies.

This includes the creation of “special intelligence operations” (SIOs) and most controversially, harsh sanctions of up to five years imprisonment – increased to 10 years if the information could endanger lives – for anyone revealing information that relates to an SIO, even unwittingly.

No exemptions for journalists

The offence is intended to apply to everyone including bloggers, spy agency leakers and, as confirmed by Australian Security Intelligence Organisation (ASIO) Director of Intelligence and Security, David Irvine, journalists.

“…the Australian Government is sending the clear message to the world community that jail is an acceptable penalty for journalists simply trying to do their job in national security correspondence and that such harsh penalties are a reasonable device to shut down criticism of government policies, and the actions of government agencies,” Professor Pearson said. “It is the kind of legislation abused so often in other countries and asks the community to ‘trust us’ when information is being stifled by the government on other important fronts such as in the reporting of the fate of asylum seekers and the coverage of activities in detention centres.”

However, critically, there was no such exemption recommended for journalists or whistleblowers. The committee found it was not “appropriate to provide an explicit exemption for journalists from the proposed offence provisions”.

Instead, they recommended the Commonwealth Director of Public Prosecution be required to take into account “the public interest, including the public interest in publication before initiating a prosecution” for revealing information about an SIO.

SIOs are closely modelled on current arrangements for Australian Federal Police covert operations, allowing ASIO, and its overseas counterpart ASIS, to run operations that allow their officers to engage in activities that would otherwise be in breach of criminal and/or civil law (although this excludes serious offences such as murder, serious assaults or sexual assault).

Importantly, Australia is the only Western democracy in the world which doesn’t have constitutional or bill of rights protections covering freedom of expression and media freedom, meaning the proposed laws that catch journalists and whistleblowers in the net represent a significant risk.

“Put simply, this proposal…sends a poor example to countries where media freedom is fragile, because it paves the way for the argument ‘If Australia passes such laws, then why should we not have them and use them?'” Professor Pearson challenged.

Under the reforms, it is possible that future activities like the 2013 raid of the office of lawyer Bernard Collaery, who was representing an alleged ASIS whistleblower, could be labelled SIOs, whereby disclosing any information about these activities could result in jail for both a whistleblower and any journalist they confided in.

The absence of any exemption for journalists in the proposal has come under heavy criticism from Australian media organisations, which have rallied against the “chilling effect” of the reforms on public-interest journalism. In a joint submission, they argued that the proposed laws would “erode freedom of communication and freedom of the press”.

“The insertion of proposed section 35P could potentially see journalists jailed for undertaking and discharging their legitimate role in a modern democratic society – reporting in the public interest,” the submission stated.

The Australian Lawyers Alliance said the “unprecedented clause” and surrounding reforms would “have a prejudicial impact on journalists reporting on intelligence operations”.

Public’s right to know under attack

“This legislation stands to seriously undermine the public’s right to information about important national security matters and scrutiny of the handling of such matters by government agencies. In recent Australian history, the Haneef case in 2007 stands out as a case where an innocent individual might well have been jailed if his arrest had formed part of such a secret operation and the media had not been privy to certain details that ultimately led to charges being dismissed against him,” Professor Pearson said.

“So it operates on at least two levels – the broader public’s freedom to be informed on such matters so citizens can assess their governments’ policies and actions on national security matters – and the individual citizen’s rights to natural justice and a fair and open trial when accused of such crimes. Sadly, this means that journalists might be imprisoned under such a clause as collateral damage when trying to report upon such matters.”

And, as Professor Pearson points out, large scale ‘anti-terror raids’ succeeded in Australia this week in the absence of harsh new laws that suppress the public’s right to know, and journalists’ right to report. “Some might argue that…anti-terror raids and arrests involving more than 800 police and security officers are further justification for tougher national security laws. To the contrary, they demonstrate that existing laws are adequate for the detection of terrorism threats and for bringing suspected terrorists to justice.”

How do you define “reckless reporting” of national security matters?

The Attorney-General’s Department responded to criticism by saying only ‘reckless’ reporting by journalists would be subject to the reforms. They have denied that the laws target journalists, saying “they apply broadly and there are elements of them being designed so that they will not apply to legitimate reporting of national security matters.”

The exact meaning of ‘reckless’, in regard to revealing information about SIOs, was the subject of lengthy discussion at one of the committee hearings. The committee resolved to recommend the term be clarified to require a higher burden of proof to ensure “an appropriate level of protection for press freedoms while balancing national security”, without going as far as specifically exempting journalism.

However, with the endorsement of the key federal government review committee, the amended legislation appears increasingly likely to be adopted, following further debate during the current parliamentary session.

Declaration: Julie Posetti is a University of Wollongong (Australia) journalism academic, currently undertaking a Research Fellowship with WAN-IFRA/World Editors Forum. In this capacity, she is also leading a UNESCO-commissioned research project examining the state of legal protections for journalists’ sources globally. Jessica Sparks is working as a World Editors Forum research assistant on this project, and Professor Mark Pearson (Griffith University) sits on the advisory panel.

This blog post, ideas, opinions and findings expressed within are not necessarily those of UNESCO and they do not commit the organization.