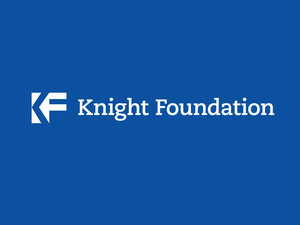 The Knight Foundation annouced this week that John S. Bracken had been appointed vice president/media innovation in place of Michael Maness, who is stepping down from the role after three years.

The restructuring will see the foundation increase its work with newsrooms and innovators. It has been a pivotal driver of newsroom innovation over recent years – but there remains concern about the absence of digital tools and innovation in most newsrooms.

Bill Adair, Knight Professor of Public Policy and the Practice of Journalism, who will speak at the International Newsroom Summit in Amsterdam, is the author of a recent report subtitled Why digital tools are missing in most newsrooms. The report found that there was a gap in newsroom leadership which often failed to embrace new, disruptive technology.

The restructuring will see Bracken focus on encouraging the funding of media experimentation. He is joined by Chris Barr, who has been promoted to the position of director/media innovation, Shazna Nessa as director/journalism, and Marie Gilot as journalism program officer.

The restructuring also involves the creation of a new position, a second vice president for journalism, who will focus on the implementation of innovative digital tools. This position will be filled in coming weeks.

The Knight Foundation said it was hugely excited about the re-organisation and praised Bracken for his experience. “John Bracken, with his unparalleled network of innovators, is ideally positioned to lead our growth in media innovation, focusing on new applications and ways to deliver news and information to communities.”

It was also also excited about the opportunities this new structuring creates and ensures that it will allow for better implementation and usage of digital tools in the newsroom.

“We are excited to increase our work with newsrooms, and increase our ability to learn from and support the makers, designers and writers who are building and refining emergent tools and behaviors in media.”

Bill Adair will be a speaker during the session Digital tools: they are free and effective, why aren’t you using them? at the 13th International Newsroom Summit during World Publishing Expo on 13 and 14 October 2014, in Amsterdam.