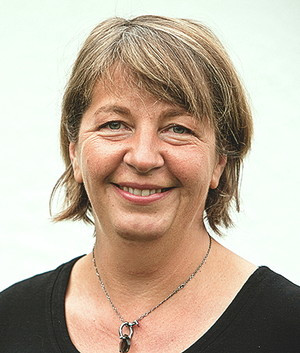 WAN-IFRA: What is the general trend in Europe compared to the USA regarding paid digital content?

Valérie Arnould: In Europe we are not yet at the level of the USA in terms of the percentage of newspapers offering paid digital content, or having paywalls, if you prefer. At the end of 2013, Ken Doctor, who closely monitors paywall adoption in the USA, found that 41 percent of U.S. newspapers had implemented restricted digital access, most of them using the metered model.

We are still below that percentage in Europe for implementation. But that will change in the next two years, since the vast majority is either preparing for launch or examining feasibility. As you know, the process can be lengthy, since it involves everyone in the publishing company.

So far, European newspapers tend to favour the freemium paywall model [Editor’s note: a business model in which a core product is free and extra features or content are offered for sale]. That is true for both regionals and nationals. Germany is a good example of that, with close to 80 newspapers having implemented paywalls, of which some 50 have the freemium model. In second place is the metered model, and there are a few examples of hard paywalls. Those figures come from the BDZV, the German newspaper publishers association, which monitors paywall adoption in the country.

How do you explain the differences between the paid content models chosen in those two mature newspaper markets?

What I am describing is the situation at the moment. Not counting the “historical” cases of the Financial Times (metered) and The Times of London (hardwall), the most positive European experiences in terms of results come from freemium – Aftonbladet in Stockholm, Le Monde in France, and Bild in Germany. [Editor’s note: As of mid-May 2014, Aftonbladet had about 190,000 digital-only subscribers and Le Monde had about 70,000; in December 2013, six months after launch, Bild claimed 152,500 subscribers.]

Actually, positive views of the freemium model are not limited to Europe. During our recent executive programme in New York, Raju Narisetti, SVP Strategy of News Corp (owner of The Wall Street Journal, a freemium pioneer) told us something interesting: “We hate metered paywalls,” he said. “You’re essentially giving your business model away to your users, telling them that they can read the ten stories they want to read, then you’ll start charging them. But then what happens in high advertising periods that are often sold out and when you would need more ad impressions – what do you do? Besides that advertising aspect, the metered model always requires more editorial resources in order to support marketing efforts.”

There are different opinions regarding that model in Europe. The perseverance of European player Piano Media, which has more than three years of experience with the metered model, could play in Europe the role that Press+ played in the USA. Piano has revised its original “nationwide paywall model” (all publishers in a given country behind the same paywall) and now works with individual companies. Like Press+, Piano Media facilitates the implementation of a metered model. But I’m not enthusiastic about the idea of choosing a paid content strategy just because it seems easier to implement. Each choice should take into account the company culture and the market context.

The U.K.’s Telegraph, for example, operates in a country where quality information is available in abundance and for free (BBC, the Guardian, the Daily Mail), so it would have had a hard time deciding how to articulate a freemium offer.

Once the Telegraph’s management decided that paid content should be a part of its strategy to grow digital revenue, the meter gave it the possibility for a large-scale test, in order to acquire the large quantity of analytical data it needed. It started on the safe side with a meter at 20 free articles. A few months ago, that was reduced to 10 articles. The paper probably has a much better understanding now of what triggers users to subscribe and has real-time data to support its decisions. It is up to the Telegraph now to leverage that knowledge.

Another example is Die Welt, which like Bild belongs to Axel Springer. Bild is using a freemium model while Die Welt opted for a meter. Bild is a leader on its market with unique content and notoriety for exclusive news coverage. I think the freemium model gives it a lot of flexibility to convert digital clients with its existing editorial strength. At the same time, freemium allows it to take full advantage of digital advertising opportunities (as highlighted above by Narisetti).

Die Welt, on the other hand, is recognised as a quality paper, a segment with a lot of competition in Germany. It’s harder for it to go full speed on paid content. It is in its second year of the metered model, and the limitation is still 20 free articles per month. I think that for Die Welt, it’s a longer-term strategy, with less immediate impact on revenue from readers and greater reliance on digital advertising.

Les Echos is a financial newspaper in France that at the end of 2012 initiated a metered model at 15 free articles and five more if the user agreed to register. It is now at five articles per month plus a few more in return for registration. In this case the loyal users are already converted and the paper is reaching for the higher-hanging fruit. It is already in its paywall 2.0 phase, in which creative offers (marketing events; special content and offers; new apps, etc.) are necessary to grow reader revenue.

If 2013 was the year of wide adoption of paid digital content, what will be important this year?

There are three big topics that already concern most of the publishers we talk to. The first one is how different it will be to convert digital users when their point of access is increasingly their mobile devices.

The second point is how they can get the newsroom more involved in supporting their paid content strategy. This is decisive – and extremely tricky. We need to work on conversion rates almost at the individual article level, and without creating needless frustration; we are still in the race for audience, but at the same time it’s not necessarily breaking news or celebrity gossip that will convert people to paid content. This business area is starving for metrics and knowledge sharing around those data. This will be crucial also in reducing the churn rate.

The third question is how to address different target groups once the loyal user base has been converted. That is what The New York Times is doing now with NYT Now or NYT Opinion or with its premium subscription package: testing different price points, different editorial offers…

When preparing for the launch of paywalls involving their entire content, many of the publishers we have worked for these past years have identified specific types of contents that they believe might trigger users to pay. These niche contents are extremely precious in fueling future marketing efforts: either as add-ons in the paid content offer or stand-alone sources of revenue, or both.

Bild has been extremely smart. It acquired exclusive football rights, then monetised that exclusivity with subscriptions and later with video advertising, which is in heavy demand.

Valérie Arnould is part of the Global Advisory entity within WAN-IFRA. Her role is to support the various teams for digital media events and the executive programmes SoMoNews and eRev. She is also part of the consulting team and writes SFN reports (next to be published this summer will be Mobile Content and Mobile Business).