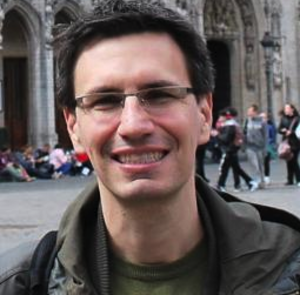 Barber will be talking about the project at the upcoming 13th International Newsroom Summit during World Publishing Expo in October, in Amsterdam on 13th and 14th of October.

In his 11 years at The Washington Post, he has been involved in the development of several projects, including the Express newspaper, as it’s deputy editor, and Trove and Washington Post Social Reader as managing editor of WaPo labs.

In this interview, Amelia Loewensohn asks Barber about the collaborative project, the present issues in comment and user contribution platforms and the possibilities of better engagement.

What is the project about?

We’re building an open-source platform designed to enable newsrooms of all sizes — not just The New York Times and The Washington Post, but anyone — to build true community around their journalism. It will allow publishers to solicit, moderate, store, and publish user contributions, and it will allow contributors to manage their contributions and identities.

How is the project faring?

It’s moving along swimmingly. Many of our efforts for now have been behind the scenes, but we should soon be launching a public space to allow people outside our group an easy way to send us ideas and ask us questions.

How have people responded to the project; both in newsrooms and in general?

Very, very well. We’ve had a terrific amount of interest inside and outside newsrooms. One of my favorite parts of the project so far has been talking with contributors, developers, executives, professors, and my fellow journalists about their hopes for digital communities. There’s no shortage of great ideas.

How did the project come about? What ideas led to its inception?

It was a case of one good turn leading to another. It all started with colleagues from The Post and The Times talking socially about the challenges we all encounter in managing comments and other forms of user-generated contributions, which led to a suggestion we talk about a collaboration.

At our first meeting, we found that our concerns and goals matched almost exactly, and we basically agreed right there that we should join forces. We thought that the civic nature of the project would fit well with the mission of the Knight Foundation, and they suggested we talk to Mozilla about the open-source nature of the project, which turned out to be a great match. We worked together on a research phase of the project in the spring and submitted a formal proposal to the Knight Foundation’s June board of directors meeting, where it was approved.

What other steps need to be taken to encourage civil conversations?

Much of the discussion you see about civility in digital spaces focuses on moderation and publisher concerns, but putting the right kinds of tools in the hands of contributors is an equally important part of the picture. Like all of us, contributors to news sites need to feel that their work is valued. The more we can give contributors a means to effectively manage their contributions and identities, the more they’ll feel that they’re building something of value rather than dashing off something ethereal.

Greg Barber will be a speaker during the session Engagement: get, grow and manage civil conversations at the 13th International Newsroom Summit during World Publishing Expo on 13 and 14 October 2014, in Amsterdam.