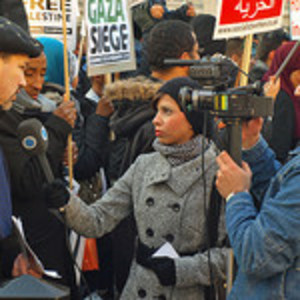 The report, entitled, ‘Spring Tide: The new era for video news in the Middle East and North Africa,’ draws together surveys conducted that show that trust and quality are the most important factors for Middle East consumers when selecting their news sources. In a a press release the AP said a third of survey respondents marking trust as paramount when selecting their news source.

Interestingly respondents showed a preference for locally produced content yet when surveyed more than half indicated a preference for international news sources given they had “better quality video clips.” This underlines the huge importance placed on video content, a fact that is further emphasised by the fact that “75 percent of those surveyed are more likely to access a news story if it has an accompanying video” and that 83 percent of respondents agreed that video allows them a greater understanding of content.

The survey also revealed the desire for a broader range of stories with a particularly emphasis on regionally-focused news, with 63 percent of those surveyed demanding increased coverage of regional news.

The report also details the rising interest in social media among Middle East news consumers. “Seventy percent of respondents use social media for news more today than they did last year, and 59 percent discover the majority of news this way.”

The report suggests exciting news opportunities in the region for news providers.