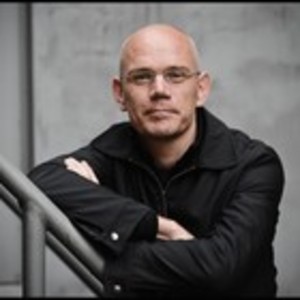 Deuze, will canvas the dilemmas experienced in this age of improvisation at the International Newsroom Summit he is charing for the World Editors Forum in Amsterdam next week.

He talked to Jess Sparks about the bold steps needed to manage the cultural transition from a print and broadcast focus to a digital-first mindset – in a time of increasingly precarious working arrangements for journalists and financial difficulties for news organisations.

From your observer’s perch, what is the biggest challenge facing newsrooms currently?

The biggest challenge facing newsrooms is changing the course of the Titanic. It’s turning the ship towards digital and mobile and away from print. This notion that newspaper isn’t the central focus of our readership anymore has always been the main challenge, but up until maybe three years ago, it was still seen to be a circumstantial and managerial issue. The focus was still very much on the paper and what to do with the paper, how to innovate the paper, and much less so about really changing the direction of the entire company. But I think now, we’ve reached a point where newspapers are increasingly using the lingo of ‘digital first’ or like in the United States, even separating entire print divisions.

As my colleague, Kevin Barnhurst remarked, ‘the 21st century of journalism has a very improvisational feel to it’ and I think that’s they key here: the content of the news doesn’t change, but the journalism as a whole becomes more working on the fly and improvising with all these new formats and finding a voice in that space: it’s quite a challenge.

You’ll be considering what you term the ‘editor’s dilemma’ at the International Newsroom Summit – how do you define this dilemma?

It’s from the popular concept of the ‘innovators dilemma’ – let’s say you’re managing a very successful company, but in the long term it’s clear that what that company does won’t survive, so you need to innovate now, but right now you’re still earning money. So you’re caught in a bind.

An editor’s dilemma is similar in the sense that you know in 10 to 20 years from now, the newspaper won’t survive. If you look at the statistics on marketing and sales [they’re] just going down, and really nothing you do will change that. So you know that the primary product of your company won’t survive. So you have to prepare the company for a new future – this could be e-paper, this could be tablet or website, this could be a sort of super-expensive, highly exclusive kind of print product – whatever you come up with in terms of strategy, but it will be different. However, right now most newspapers still earn a good buck. And even though their subscription and sales are going down, it’s going down slowly.

So on one hand, your dilemma is, you want to keep what’s best about the newspaper, which is journalists, your talent. You want to protect them and keep them doing what they do best because ultimately that’s what sells products, that’s what builds loyalty to the brands, that’s what people trust and believe in – what journalists do.

On the other hand, both in terms of the relationship and responsibility towards investors, advertisers, owners, is that you want to innovate, you want to come up with new ideas, new innovations and new platforms, new everything! Both out of necessity and because that’s what’s expected of you as an editor – today’s editor is as much a human-resource manager and innovator, as it is a newsperson.

But those two goals are not always in alignment and often are actually in conflict. Of course, in the past we know that most innovations in the news industry did not go hand-in-hand with more hiring – in fact the opposite has happened in the last 25 years. So, that’s an editor’s dilemma – where the person responsible for all this is the editor and they are caught between having to move the newsroom forward, but at the same time, keeping the newsroom doing what it does best, but what it does best is tied to doing a way of journalism and publishing a way of journalism which in the near future won’t exist anymore – which is an impossible situation to be in.

Twelve months from now, what do you predict editors will be fixating on?

The two main things are digital-first and mobile. It’s shifting the priorities of the newsroom to digital-first – not as a replacement of print, but that at the front of everyone’s mind is the digital platforms and then the print product is the beautiful, exclusive cherry on the cake. And mobile, because that’s how most people are accessing news.

They feed into each other [and] what they have in common also, is that they take the cultural orientation of the newsroom away from its primary products for the last 100-150 years, and that’s tough. It will not be without victims or failures, but that’s what innovation is. But I hope – and this speaks to the ‘editor’s dilemma’ – is that this can be done while maintaining a serious level of commitment and investment into talent. That’s where I see the biggest problems.

Is there an end to this seemingly perpetual cycle of gradual change, where newsrooms seem to be permanently in a state of beta-zone experimentation? Or is this just what transitioning to the future newsrooms looks like?

Change always occurs slowly, unless there is some sort of big, disruptive event [like] – and I’m not saying that is going happen – but if a paper such as the New York Times stops print circulation or goes bankrupt – which in fact is not that far-fetched to assume that will happen. But up until that time, change will come slowly and I think that’s ok. Frankly, I think it’s better than a massive earthquake-like event. I don’t think good journalism stands to benefit from that.

I think this improvisational state, or being in state of beta permanently, is for the time being the most solid expectation – at least for the next 30 or 40 years or so. In other words, at least the next two to three generations of journalists will have to deal with that.

Whether things settle down after that, I don’t think anyone can say anything meaningful about it yet. My gut feeling is that things will be changing permanently, given the rate of technological change and the developments in the market place and all that kind of stuff. But I think it’s safe to assume that within the next 20 to 30 years or so, change will be pretty much a given, which maybe generates its own kind of stability.