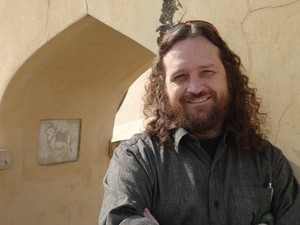 “People aren’t swamped with information [in Africa]. It’s the reverse, they don’t have enough information,” he says.

“Once the media step into that gap, and they get information that is allowing them to translate the world that’s happening around them, people start to value that as a way of deciphering a world that has – prior to this – been a bit of a mystery.”

Arenstein told the International Newsroom Summit about his work with data journalism, which has allowed the public to mine information and understand how it affects their everyday lives.

He asks several key questions before pursuing a project: “Is it trying to solve something that keeps a normal audience of a normal media company awake at night? Things like school fees and access to health care. Secondly, is it action-orientated? In other words, is it going to give people actionable information that they can do something with?”

He told WEF’s Julie Posetti about one of his recent projects.

“The leading cause of death in rural Africa is water-borne diseases…you’re drinking it out of a river, a downstream-of-sewage kind of problem. So we’re using the cameras in phones to build microscopes that can magnify and then analyse the contaminants in water, specifically looking for the things that cause cholera, E. Coli and various others.

“[We’re] then sending out an SMS to locals, who are invariably women, whose job it is to walk and fetch water from the river, telling them when it’s contaminated, when it’s at dangerous levels, and give them options to go somewhere else that’s clean.

“These are the kinds of resources and analysis that not even governments are capable of doing at the moment with the problems that they face … the reality is people are drinking from these rivers multiple times per day. We’re looking at doing this with a small budget with devices that could be built in any country, by any newsroom, resulting in data that any newsroom would be able to analyse and turn into stories.”

Pew Research Centre’s Chief Digital Officer, Robyn Tomlin also sat on the panel for the Summit’s digital tools session, and offered insight into the value of editors and newsrooms engaging with data tools. She also contributed this useful visualisation of the data journalism process.

“I’m not a coder, I’m a words person and an editor,” Tomlin said, “but it is impossible for me as an editor of a newspaper to say you must use these tools if I don’t know the value of them and how they work … New tools make [data journalism] so much easier to do.”

She shared with the conference examples of her favourite free and user-friendly tools for gathering data (datacatalogs.org and Tabula); cleaning data (DataWrangler and OpenRefine); organising and analysing data (Google Spreadsheets and Fusion Tables); and visualizing data (Datawrapper.de and Infogr.am)

“Everyone of these tools can be learnt in less than two hours and for each and every one there are YouTube videos to walk you through them.”