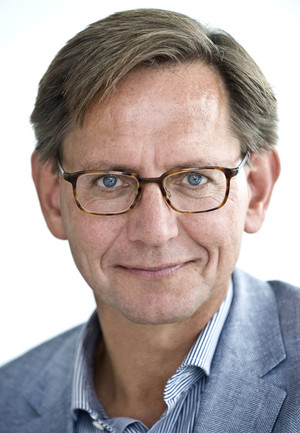 World Editors Forum President, Erik Bjerager, writes that while recent atrocities have catapulted the deaths of two American journalists, in particular, onto front pages worldwide, the murders of James Foley and Steven Sotloff – however horrendous – remain just two of 40 deaths so far this year.

There has never been a more dangerous time for journalists. They are being killed and imprisoned worldwide in record numbers. They face daily threats, attacks and intimidation from private individuals, non-state actors, and government officials who seek to silence them. Crucially, the overwhelming majority of these crimes are committed with impunity – those responsible for 9 out of 10 journalist murders go unpunished.

The failure of justice perpetuates a cycle of violence that has seen no let up in the years since the compilation of these grim statistics began. Spurred by a climate of impunity, powerful criminal elements persist in their attempts to silence the press. While journalists continue to be targeted, the governments and institutions supposed to protect them continue to fail. An insidious culture has set in that has turned journalism in many parts of the world into a deadly profession.

Nowhere more than in Iraq is this reality so pressing. Since 2003, 100 journalist murders have been committed with total impunity, making the country – according to research by the Committee to Protect Journalists – the world’s worst offender. Coupled with neighbouring Syria where over 60 media employees have lost their lives since the beginning of the current conflict, the region is easily the world’s most deadly beat for journalists. As these states continue to fragment and radical militancy, sectarian violence and persecution afflicts millions, the lack of basic justice and the rule of law is – literally – killing journalists, the very people expected to make sense of the unfolding chaos.

If impunity for crimes against journalists is allowed to persist then it will devastate our ability to understand the complex issues that increasingly concern our globalised world. A free, safe environment for the media to operate is therefore essential to combat this, and on the International Day to End Impunity the UN’s Plan of Action to address the safety of journalists once again looks to engage all sectors of society in the urgent matter of making this environment a reality.

So far, it provides our best opportunity to unite in developing tools that are designed to promote safety while supporting governments in strengthening legal frameworks to better protect freedom of expression.

The UN Plan is highly ambitious and admittedly the implementation phase is stalling. Nevertheless, it is a start; the first time a globalised, coordinated effort has been launched to address the seriousness of the safety of journalists and the threat of impunity on media freedom.

As an industry, we have a key role – and obvious interest – in ensuring the Plan is effective. We must do more to inform ourselves as to how to protect our journalists and communicate the dangers. We have a responsibility, as guardians of freedom of expression, to hold our governments to account in their efforts to do better. The deaths of our friends and colleagues, wherever they may fall, must outrage us and in every instance we must demand justice. No one else will do this on our behalf.

Journalists are not only killed when they make the front pages. And in the past decade, 90-percent of the 713 recorded deaths have become double victims – victims of criminals and victims of inadequate justice – yet only a handful have made it into the collective conscience. We must ensure all media have access to the resources to better protect their journalists and their newsrooms. We need to get over our tendency not to address industry issues within our pages and on the airwaves. While I agree with the sentiment that the media are not the news, the stories of our murdered journalists certainly should be. This is why I appeal to you to contact the World Association of Newspapers and News Publishers, to inform us of how best we as an industry can tackle impunity and guarantee the safety of journalists worldwide. Together, we have the best chance of silencing those who wish to silence free journalism.

In February 2011, Erik was elected President of the World Editors Forum, the global association for senior newsrooms executives within the World Association of Newspapers and News Publishers (WAN-IFRA).

He has served as Editor-in-Chief of Kristeligt Dagblad since 1994. He became Managing Director of the daily a year later and has been a member of the WEF Board since 2001. In Denmark, he is chairman of the board of the media-owned national news agency, Ritzau. He has been the chairman of the Danish Press Foundation since 2001, and is currently the chairman of the Copenhagen’s Editors Association.

Bjerager, who has published several books, has been awarded the Berlingske Foundation’s Journalists Prize and the Jubilee Prize of the National Press Club of Denmark.

He is a graduate of the Danish School of Journalism and holds an MA from The American University, Washington, D.C. Before joining Kristeligt Dagblad, Bjerager worked as a journalist in Denmark and abroad.