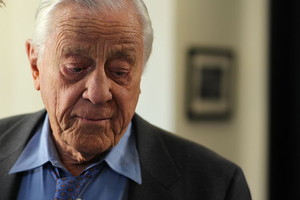 Bradlee’s strategic decision-making at the Post, in combination with his winning personality and leadership capacity made him one of the most respected and admired newspaper editors of his time. In 2013, he was awarded the Presidential Medal of Freedom, America’s highest civilian honour.

On Tuesday, at 93 years old, Bradlee died at his home in Washington of natural causes. The Washington Post has paid tribute to Bradlee’s life and legacy, as have many industry colleagues and leaders:

“For Benjamin Bradlee, journalism was more than a profession – it was a public good vital to our democracy.
A true newspaperman, he transformed the Washington Post into one of the country’s finest newspapers, and with him at the helm, a growing army of reporters published the Pentagon Papers, exposed Watergate, and told stories that needed to be told – stories that helped us understand our world and one another a little bit better.
The standard he set – a standard for honest, objective, meticulous reporting – encouraged so many others to enter the profession. And that standard is why, last year, I was proud to honor Ben with the Presidential Medal of Freedom.
Today, we offer our thoughts and prayers to Ben’s family, and all who were fortunate to share in what truly was a good life.”

“Ben was a true friend and genius leader in journalism. He forever altered our business. His one unbending principle was the quest for the truth and the necessity of that pursuit. He had the courage of an army. Ben had an intuitive understanding of the history of our profession, its formative impact on him and all of us. But he was utterly liberated from that. He was an original who charted his own course. We loved him deeply, and he will never be forgotten or replaced in our lives.”

Frederick J. Ryan, Jr., Washington Post Publisher
“Members of The Post family past and present, and indeed all who pursue excellence in journalism, owe a great debt of gratitude to Ben Bradlee for setting and achieving the highest journalistic standards. Ben has been the heart and soul of The Post newsroom for decades. He brought honor to our publication and to the profession he loved. Our hearts go out to Sally and the Bradlee family at this sad time.”

Martin Baron, Washington Post Executive Editor
“Ben Bradlee has made an indelible mark on history and on our profession. His spirit has been an inspiration to generations of journalists, demonstrating what our profession can achieve when it is led with courage and an unwavering commitment to truth. As we mourn his passing, we remain guided by the high standards he set in building one of the world’s greatest newsrooms.”

Donald Graham, Chief Executive Officer of Graham Holdings Company
“The story of the modern Washington Post starts the day Kay Graham made Ben Bradlee the editor of the paper. He was the best. He pushed as hard as an editor can push to print the story of the Pentagon Papers; he led the team that broke the Watergate story. And he did much more. His drive to make the paper better still breathes in every corner of today’s Post newsroom.”

Leonard Downie, Jr., former Washington Post Executive Editor (1991-2008)
“When I was a young investigative reporter in the late 1960s, working on a series of articles about the financial exploitation of black homeowners involving many of Washington’s then numerous savings and loan associations, Ben made a rare appearance at my desk and asked what I was working on.
With his characteristic short attention span, Ben interrupted my overly long answer to tell me that he had just met with the heads of those savings loans in his office and that they had threatened to pull all their advertising from The Post if he published the articles I was working on. I wasn’t able to breathe until he clapped my shoulder in his characteristic way and said, ‘Just get it right, kid.’
The Post published the series, and the savings and loans pulled all their ads for a year, but neither Ben nor anyone else told me that they did. I had only been at the paper for a few years, but I knew then that I’d want to spend my entire career there.”

Jill Abramson, former Executive Editor, The New York Times told TIME:
Ben had total joie de journalism. It oozed from every pore. No one had more fun chasing a big story and no editor made the chase more fun. He wrote his first newspaper story at age 15 as a copy boy for the Beverly Evening Times in Massachusetts. But the reporter was a born editor and during his tenure at the Post the paper won 23 Pulitzers, doubled its staff and nearly doubled its circulation. The Bradlee period was truly a golden time.

David Remnick, New Yorker editor and former Washington Post reporter said:
“Bradlee wasn’t Noam Chomsky. He was not an outsider or a leftist. He was a Cold War Democrat who probably voted for some Republicans. It helped that he had the good fortune that in a room full of schlubs that he looked like a grandee. He was funny and flashy, but not a stuffed shirt.

Honored to have Ben Bradlee’s chair in my office. A reminder to me of the enduring greatness of @washingtonpost. 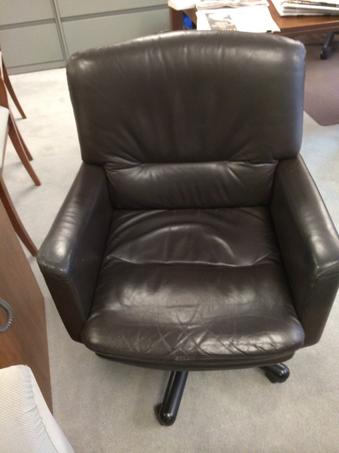 65 people are talking about this

Ben Bradlee was a legend who inspired a whole generation of journalists with his guts and smarts. And a hell of a guy on top of it all.

42 people are talking about this

RIP the only boss I ever had who was truly larger than life: the great Ben Bradlee http://to.pbs.org/1pyyvIw  via @NewsHour

75 people are talking about this

Ben Bradlee, the legendary WashPost editor during Watergate, is dead at 93. He was journalistic brilliance married to awesome charisma.

82 people are talking about this