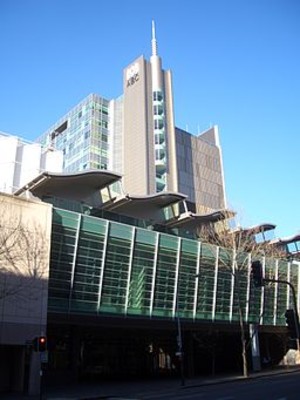 At least two different malicious emails, designed to trick users into downloading crypto-ransomware, were sent to the Sydney office of the public broadcaster.

The attack caused technical difficulties that brought down the Sydney-based national broadcast for half an hour. The impairment forced pre-recorded programming to go to air out of News24’s Melbourne studio, while the Sydney system was being re-established.

ABC News referred to a statement issued by the organisation, stating: “…there was an IT security issue this morning which affected some of the ABC’s broadcasting systems and created technical difficulties for ABC News 24”.

“As a result we broadcast stand-by programming from 9.30am before resuming live news broadcasts … at 10am.

“We are now operating normally.”

The Guardian reports that according to an internal staff email sent by the ABC director of technology Ken Gallacher, the news organisation was among other Australian public institutions which experienced similar problems.

“While initially targeting Australia Post [the national postal service] customers, this activity has now been observed to be targeting a range of other organisations, including Telstra [telephone company] and Energy Australia,” the email said.

Crypto-ransomware is a type of malware that in recent years is being increasingly employed to extort money from victims by locking them out of access to their own computer or files.

It is spread in a number of ways, though predominantly as attachments in fake email (phishing) messages, such as tax refund notifications.

Once downloaded and installed on your computer, the malware encrypts all the computer’s files, preventing your access to your documents, photos, videos, music. It also attempts to find and encrypt files on any storage devices accessible to the computer, such as USB devices, networked drives, servers and even some cloud storage services. This means many common back-up methods used to recover any affected files could also be encrypted.

The Australian Government’s Stay Smart Online website recommends that if computer users suspect their computer or network is infected by such ransomware, to seek technical advice immediately, as time is critical.

However, prevention is by far the best solution to ransomware and other malware attacks – the website advises that most up-to-date security software should identify and block such attacks, but also suggests using spam filters, having a clean back-up of your data, and ensuring your computer’s operating system and applications are up to date.

The Guardian also lists a number of tips to further protect yourself against malware attacks here.