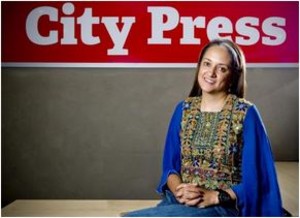 The others are Burmese journalist Aung Zaw, founder and editor-in-chief of The Irrawaddy, which was branded an “enemy of the state” by the former military regime and still comes under pressure from the current Burmese government; Siamak Ghaderi, Iranian freelance journalist and former editor and reporter for the Islamic Republic’s official news agency IRNA, who was released in July after spending four years in prison; Mikhail Zygar,editor-in-chief for the Russian independent TV channel Dozhd, which provides a rare alternative to Kremlin-controlled federal stations.

“We are confronting record levels of violence and repression against journalists and, recently, vivid displays of brutality perpetrated against reporters covering the Syrian conflict,” said CPJ Executive Director Joel Simon in a press release. “The journalists that CPJ will honor with the International Press Freedom Award are undeterred and unbowed. They have risked all to bring us the news.”