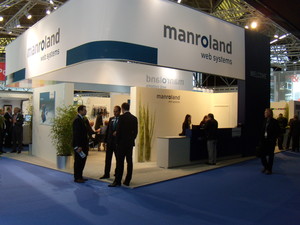 “Our target is to use the press even more flexibly,” says Project Manager Michaël Ellerbeck. “The ordered press update assures that we are ideally equipped for the future, even with smaller runs, and that we can offer more product variety. At the same time, we change our main production and offer the modern and reader-friendly tabloid format. Due to this, we do not only strengthen our cost effectiveness but make a clear commitment for the printed newspaper as our core business.”

In addition, the printing capacity will be adjusted according to the new requirements. The former 10 presses will be reduced to seven, which will then produce continuously in full colour.

De Telegraaf and manroland have been working on this major upgrade project since 2011. The target has been to achieve an optimum of new production possibilities with the existing machinery. The daily newspaper had invested in upgrading their press equipment in 2011.

The Telegraaf group has also recently begun using the tabloid format, what makes further upgrades at the folding technology and the web lead necessary. After a extension, the printing house will still be able to produce broadsheet products.

In Amsterdam, the media group Telegraaf is printing on one of Europe’s largest COLORMAN presses with a total of 42-webs. The first towers were installed in the mid-1980s. Since then, the system has been upgraded in several steps. The last printing units were ordered in 2011.

manroland received the latest order from De Telegraaf in June 2014, and the project is scheduled to be finished at the end of 2015.

“… Due to these upgrades and retrofits, we not only improve our quality and the overall costs for our presses over the complete lifecycle, we also extend them in an enormous way,” says Ferdy Demmers, Director of Print and Logistics. “The extensions help us achieving a complete change to tabloid format from 2015 on – all this with our existing machinery.”

More information about this project is available here