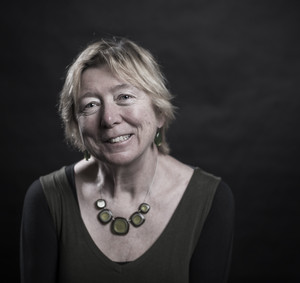 From Copenhagen to Chicago, people are gathering in droves for communal audio storytelling events, held in theatres, churches, parks and ironically, cinemas, where foreign language audio is ‘screened’ with English subtitles.

Nor is live radio dead: there are some 33,000 radio stations around the world, about 2 billion radio sets in use, or one radio for every 3 people. In the UK, even with podcasting, live listening is endemic: over 90% of the population tune into a radio station at least once a week, a figure that is actually rising. In Vietnam, radio reaches over 99% of the population, in Kenya 95%, while in India, 300 new commercial radio stations compete with the state broadcaster.

In the US, the resurgence in audio’s popularity was kickstarted by two cult shows: This American Life, an hour-long weekly program which delivers three-act personal narratives via its quickfire host Ira Glass; and Radiolab, a show ‘about curiosity’ characterised by micro-produced, fast-paced stories loosely related to science, culture and philosophy. Their podcasts attract huge transnational audiences: two million listeners a week for This American Life and about half that for Radiolab.

Podcasting, which began a decade ago, liberated radio from the tyranny of the timetable and has transformed the notoriously ephemeral audio medium into a thriving ecology. Cheap digital recorders and accessible editing software such as Hindenburg have made it easier than ever before to craft audio stories, whose scope can range from expanded reportage and investigative journalism, to intensely personal narratives and poetic or impressionistic treatments of ideas and issues. These audio stories “colour in” and extend beyond the news agenda, the best providing a sort of aural literary journalism whose psychological, philosophical, cultural and political insights transcend national boundaries and connect listeners from around the world.

It’s partly about the temporal nature of sound – unable to jump ahead as in text, or freeze-frame as in film, the listener develops a pact of intimacy with the sound or speaker as the audio unfolds in real time.

So how can non-radio journalists exploit the power of audio?  Remember its unique qualities, listen to some great works and observe some practical guidelines curated below.

1. Audio conveys EMOTION far better than print.  It captures intangible aspects of a story such as a speaker’s mood – their sadness/happiness can be felt. Audio also adds authenticity, as when US broadcaster Studs Terkel interviewed one of the so-called Hiroshima Maidens who survived the atomic blast. It opens his 1961 documentary Born to Live.

2. Don’t forget audio conveys non-verbal meaning, which can be just as significant as words: don’t edit out a pause, a gulp, a breath. Listen to this Australian journalist describing how she comforted a dying American soldier who had been blown up by a mine in Vietnam.  The combination of her intense emotion and gulping delivery convey the horror of war much more effectively than the same words delivered on the page – I tried both formats.

3. Audio is LESS INTRUSIVE than vision, and therefore lends itself to traumatic stories. It is far less invasive to record someone’s voice than to stick a camera in their face; it allows you to maintain empathy and connection, important considerations that will support an interviewee who has a difficult story to tell.

4. Audio does not judge appearance: the fat, the old, the ugly, people of colour, people with disability, are made more equal.  This is hugely liberating for some interviewees, such as in the documentary about a young woman with anorexia, Will Kate Survive Kate.

5. Audio creates the best pictures – sound is subjective, “ a partnership between memory and imagination”, as UK broadcaster Seán Street puts it.  An audio narrative invites each listener to co-create the story, rather than be the passive recipient of images on TV.

So, if you’re sold on sound now, wondering how to get the best audio story? Here’s the practical stuff:

6. THINK THROUGH YOUR EARS.  Seek out talent who can communicate well, or whose voice will add colour via accent, slang, tone. SOUND also tells a story.  Pick that up separately, as ‘scenes’ and mix in. For example, a story on schooling refugee children could have an interview with a teacher, plus fly-on-the-wall sound of a class in progress. Try Howsound or Transom for more tips on craft.

7. OPTIMISE SOUND QUALITY.  Know your recorder and what it can do. WEAR HEADPHONES, so you can monitor levels, background noise etc. If it’s too noisy, intervene – move away from a generator, close a window, go indoors from traffic, turn off a television running in the background.

8. EYE CONTACT is crucial when interviewing, to reflect empathy and signal your interest. DO NOT use verbal reinforcement such as “uh-huh”, which can’t be edited out. But be aware that in some cultural contexts, eye contact is not appropriate – e.g. between a man and a woman in some Muslim cultures during Ramadan, or when interviewing some Indigenous Australians in remote communities.

9. MINIMISE PRODUCTION PROBLEMS:  If the interviewee stumbles on an important bit, ask them to repeat it or rephrase as a ‘grab’ (or sound bite). This is not manipulation, as they have already articulated the idea, and it will greatly facilitate editing. Don’t talk over the interviewee, unless you really need to pull someone up. Don’t be afraid of silence. In one context it can speak volumes; in another it may bring forth deep reflection.

10. PRODUCTION: log (rather than transcribe) the audio, EVALUATING content and noting its useability (good quality sound, pithy etc).  When scripting your report, use conversational, not formal, language – in English, use contractions, ‘we’re’, ‘won’t’  etc. Try recording spontaneous narration on location, describing what you see. You can always dump it if it misfires, but when it works, it adds immediacy.

ABOUT THE AUTHOR: Siobhán McHugh is a documentary-maker, oral historian and writer, whose radio work has won international awards including gold at the New York Radio Festival. She founded the first open-access journal of radio documentary studies, RadioDoc Review, at the University of Wollongong, Australia, where she is a colleague of this blog’s editor, Julie Posetti