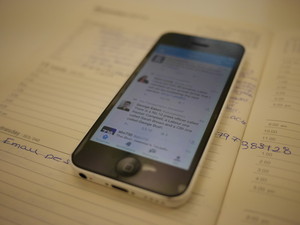 I found Emily Bell’s speech so clarion and well-crafted that I had a hard time editing it down to repost on our blog.

It was in part a call-to-action to journalists and editors to hold the ‘new media monoliths’ – the powerful tech giants like Facebook, Twitter, Google – to account through robust journalism. But it was also a wake-up call to innovate from the newsroom floor, and a pricking of conscience for the Silicon Valley cowboys who now dominate the news business. Yes, they are mostly boys, and yes, they are in the news business whether they admit it or not.

I nodded all the way through Bell’s speech but I was left with the thought that this struggle between journalism and Silicon Valley is not just about technology. It’s also part of a social revolution. And I don’t mean that only in the social media sense.

One of journalism’s early 21st Century failures was being blind, or resistant, or both to the increasing demand from ‘the people formerly known as the audience’ to engage with news producers around their content, and to become co-participants in the stroytelling process.

For decades, audiences had been demonstrating their desire to go beyond being passive sources – they wanted to contribute to the development of stories, hold bad journalism up for scrutiny, and discuss the content of our newspapers and broadcasts with their peers. This is something that talk radio stations and letters page editors recognised long ago.

The arrival of unmediated social media platforms like Facebook and Twitter provided the vehicle for a revolution in engagement that was already underway. A revolution that demanded the news business listen, not just speak. And collaborate, not just dictate.

So, while we’re busy holding the new media monoliths to account, and looking inwards to our newsrooms to develop new platforms that might eventually challenge the tech giants’ dominance in the online space, we should remember that we still need to be where the audience is.

What did other commentators think of Bell’s speech?

In other reactions, Jay Rosen, Professor of Journalism at NYU tweeted:

If you follow any of the key issues that I link about in this feed, @emilybell‘s Reuters lecture is a required text. http://reutersinstitute.politics.ox.ac.uk/news/silicon-valley-and-journalism-make-or-break …

“Facebook uses algorithms to determine what pops up when you log on and what doesn’t. There’s nothing inherently evil about this. The idea is to keep you on Facebook so that you will see more ads and make more money for Mark Zuckerberg and company. The editors of a news organization’s website want you to stick around as well. But if it’s a quality news site, it will be assembled with journalistic values in mind. You’ll see a combination of what you need to know, what you might like to know and what might be pure entertainment. Facebook, by contrast, handles such tasks automatically. And the algorithm presumably (no one knows for sure) doesn’t care whether you’re staying for news from Syria or for cat videos.”

He continued: “It’s too bad that speakers like Bell always see the need to conclude with possible solutions. I agree with Ingram and others that her idea that journalism should come up with its own platforms to compete with social media seems dubious. But she has brilliantly described the problem, and that’s where we need to start.”

Jeff Jarvis, professor and director of the Tow-Knight Center for Entrepreneurial Journalism at the City University of New York’s Graduate School of Journalism, tweeted:

But we should keep in mind that it is technology that broke the hold of media moguls & corporations over journalism. http://reutersinstitute.politics.ox.ac.uk/news/silicon-valley-and-journalism-make-or-break …

34 people are talking about this

“Having been around for at least as long as Emily has, I am skeptical — as I think Jeff Jarvis also is — of the media industry’s ability to come up with a technological solution on their own. Many existing media entities, even the large ones, have trouble putting together a functioning webpage or mobile app, let alone building an entirely new kind of social communications platform.”

Some following Bell’s speech were quick to point out the media’s sluggish approach to innovation.

Journalism ignores the open formats, protocols that tech provides. They go right to the money and see – companies! http://scripting.com/2014/11/24/howToRebuildJournalism.html …

In response to Emily Bell’s speech, Winer later wrote about the media’s failure to innovate.

“I don’t think they know how to listen to technology. They of course, being journalists, focus on the money. But there’s a lot of open tech available for them to use. They don’t look there.”

Winer continued: “Journalism stood by while blogging took root. They covered it, but largely dismissed it. They ignored RSS. They ignored everything, including the threat to their art. I warned them many times, here on scripting.com, that they would regret letting the tech industry own their distribution system. But that’s what happened. Without any resistance whatsoever. Journalism let tech move in and take over.”

Since I seem to spend my life arguing with @emilybell I should point out her excellent speech on media and tech http://reutersinstitute.politics.ox.ac.uk/news/silicon-valley-and-journalism-make-or-break …