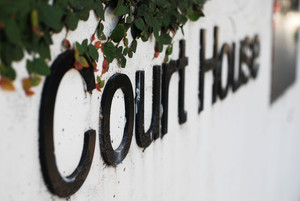 The unanimous African Court on Human and Peoples’ Rights (ACHPR) decision also found that criminal defamation laws should only be used in ‘very exceptional’ circumstances. The court held that Burkina Farso’s criminal defamation provisions violated freedom of expression protections found in article 9 of the African Charter of Human and Peoples’ Rights (The Charter) and article 19 of the International Covenant of Civil and Political Rights (ICCPR).

The court ruled in favour of Lohe Issa Konate, a Burkinabe journalist charged with criminal defamation, who argued that his 12 month custodial sentence, fines, and the suspension of the publication L’Ouragan for six months was excessive and disproportionate.

Human rights bodies have celebrated the decision by the ACHPR. “This ruling by the court is binding on all African Union member states,” Chief Executive Officer of NGO Media Legal Defence Initiative Peter Noorlander said. “The court has very clearly said that imprisonment for defamation for journalists like Konate violates Article 9 (of the charter).”

“Because many African states still impose imprisonment on journalists for libel offences, there’s quite a few in prison now, it seems to me that this ruling means that that practise needs to end,” he said. “The judgment has major positive implications for all journalists.”

Konate was fined and jailed in 2012 for a number of articles published in L’Ouragan, which exposed alleged corruption in the judiciary. The publication was also suspended for a period of six months.

The Court ordered Burkina Faso to amend its defamation legislation to comply with freedom of expression provisions within a two year time frame.

ACHPR orders imposed on Burkina Faso include repealing custodial sentences for defamation, adapting legislation to ensure that other sanctions for defamation meet test of necessity and proportionality.

However, a contrasting judgment delivered on the same day by the Pretoria High Court in South Africa held that the offence of criminal defamation was constitutionally valid. The court upheld journalist Ntele Cecil Motsepe’s appeal against his conviction for criminal defamation, but declined to find the offence unconstitutional. “Although freedom of expression is fundamental to our democratic society, it is not a paramount value,” the Court said. “It must be construed in the context of other values enshrined in our Constitution. In particular, the values of human dignity, freedom and equality.”

South Africa has ratified the African Charter of Human and Peoples’ rights, meaning that it is theoretically bound by the Burkina Faso judgement in the ACHPR.

The Pretoria High Court’s decision is seen as a blow to freedom of expression in the country. “I think that the judgment is very disappointing and is retrogressive,” prominent South African media lawyer Justine Limpitlaw said.

“I do agree that a criminal sanction is indeed a more drastic remedy than the civil remedy but that disparity is counterbalanced by the fact that the requirements for succeeding in a criminal defamation matter are much more onerous than in a civil matter,” the judgement reads in part.

Media freedom activists have welcomed Motsepe’s overturned conviction, but have criticised the decision by the court to allow criminal defamation to continue.

Limpitlaw disagrees with the court’s findings that the criminal standard (that is, beyond reasonable doubt) is an adequate safeguard for journalists. “The issue is the threat of criminal defamation,” she said. “A custodial sentence has a chilling effect and worse, arrest and incarceration are routinely used to deter journalists from writing the news long before a trial at which the criminal test, that is beyond a reasonable doubt, is even used.”

Motsepe, a journalist with South African daily newspaper Sowetan was found guilty of criminal defamation in 2013. His punishment was a R 10 000 (€690) fine, or 10 months imprisonment.

The relevant article, written by Motsepe in 2009, contained negative imputations about a magistrate. The article was based on a source, which later turned out to have provided false information.