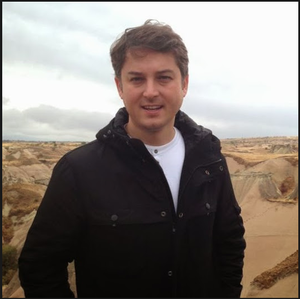 Can you tell me in your own words what is currently happening in Turkey?

Ergurel: On Sunday, December 14th, more than two dozen people, including senior journalists, media executives, and even a scriptwriter for a popular television series, were taken under custody by the Turkish police on charges of “forming, leading and being a member of an armed terrorist organization.” Among those detained are Ekrem Dumanlı, editor-in-chief of Zaman, the widest circulating Turkish newspaper. And Hidayet Karaca, the head of Samanyolu television. As we go through the investigators’ documents, it appears that the claims are based on an investigation that was conducted into an al-Qaeda-linked terror group called “Tahşiyeciler”.

On a personal stance, when I look at the bigger picture, it seems highly interesting to me that the date of this operation coincides with the anniversary of 17 December 2013 corruption scandal.

Can you tell me more about the claims that these raids are related to the news organisations’ links to Fethullah Gulen? Are they valid or invalid?

Ergurel: As I go through the investigators’ claims, it’s clear to see that the raids are politically motivated. It shows us that the operation is directly aimed to punish the journalism organisations who have been critical of President Erdogan and the current government since the 17 December 2013 corruption scandal. In numerous events and speeches, Erdogan blamed Mr. Fethullah Gülen to overthrow his government with these corruption allegations. Erdogan vowed to punish anyone, or any organisation that may be linked to him. It’s also noteworthy that the motives of the investigators are solely backed up by the media groups who are loyal to the AKP government at all costs.

What has the reaction been like to the raids by the general public?

Ergurel: The detentions drew more than 1,000 people outside Zaman’s headquarters on Sunday morning to protest the events. Still, there are thousands of people gathering in front of Vatan Police Station where the journalists and media executives are detained.

Can you give me some context regarding Zaman + Samanyolu TV publications? What is their history? Have they been historically critical of the government?

Ergurel: In the first two periods of AKP government – when the government’s agenda was in favour of a more democratic society, integration with EU, and more human rights – Zaman and Samanyolu TV have been quite supportive of their policies. In my personal view the relationship in this period is open for further discussions, there may have been times when journalists failed to stand their ground. But I think this is not the right time to do so… However things started to look gloomy on the third period of AKP, when there were signs of retreat from their democratic promises. After the 17 December 2013 corruption scandal, Zaman and Samanyolu TV turned totally critical. Today, Erdogan declared that he has no concern about what the EU might say, whether the EU accepts Turkey as member or not.

WAN-IFRA: Can you tell me more about the protests in response to the raids and arrests?

Ergurel: Since the news of the raids came out, the editors and journalists of the media organisations stayed at their desks and did not leave the building. The morals were high and people kept up their work much harder than usual. Thousands gathered in front of the headquarters and many came to visit the office of Ekrem Dumanlı in order to show their support. At the time of the police raid people held signs that read “Free Media Cannot Be Silenced”. There was a very emotional atmosphere in the building. Mr. Ekrem Dumanlı was very comfortable about himself and greeted the police officers peacefully. He allowed himself to be taken under custody without showing any response. His detention was broadcasted live on TV.

This was the first time in the Turkish tv history. Thousands accompanied him while he was taken to the police car, but no violence was shown to the officers at all. People protested with dignity. I think this is a very remarkable scene that needs to be pointed out, because the newspaper editor and the whole media group is blamed to a part of a terror organisation that is aimed to over throw the government.  As a journalist, I deeply wonder what type of terror organisation can allow his “chief” to be detained by the police so peacefully. This example alone shows that this is a highly politically motivated accusation.

What does this mean for press freedom in Turkey?

Ergurel: The detention of a news editor, a tv general manager and other media workers is an alarming situation for press freedom in Turkey. This is a clear message to any journalist and media organisation who may be critical of the government. Obviously no one is immune to crimes, and everyone should be equal in front of the law. But when journalists are imprisoned by such baseless terror accusations, this eventually will turn into a huge blow against people’s right to have information, which is also supposed to be protected by the Turkish Constitution as well.

What is the outcome you and/or other members of the Turkish press hope to see?

Ergurel: I still believe that Turkey is a country that is ruled by law. I want to believe this! Because this is where we belong to…. And I believe with all my heart that this terrible situation will soon be corrected by the people who are bound to democracy and universal human values. This experience will obviously teach us a lot about journalists’ rights.