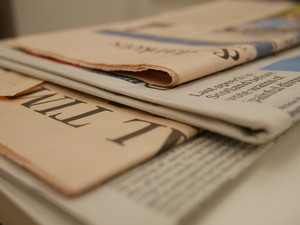 Istanbul’s Chief Public Prosecutor Hadi Salihoglu said those detained over the weekend were accused of “forgery, fabricating evidence and forming an alleged crime syndicate to overtake the sovereignty of the state.”

“The use of dawn raids to intimidate journalists while having the police enter the premises of media organizations sends a chilling message to the rest of society that criticism will not be tolerated,” WAN-IFRA’s Secretary General Larry Kilman said.

Editor-in-Chief of Zaman, Ekrem Dumanli and head of the Samanyolu Media Group, Hidayet Karaca were among those detained.

The arrests are to said to be targeting media bodies in Turkey with links to US-based Islamic cleric Fethullah Gülen, a leading critic of President Recep Tayyip Erdoğan. The arrests appear to be connected with a year-long campaign against Gülen and his alleged supporters, after the Government and the President’s entourage were implicated in a corruption scandal. Authorities claimed that the allegations against the Turkish President were an attempted coup by Erdoğan’s critics.

Crowds of supporters assembled at one of the raids on the Zaman daily and chanted: “The free press cannot be silenced”.

Freedom of expression groups as well as a number of journalists have criticised the raids in what they call an intrusion on press freedom on Turkey.

The European Union has also criticised the raids. Turkey is a candidate to join the EU.