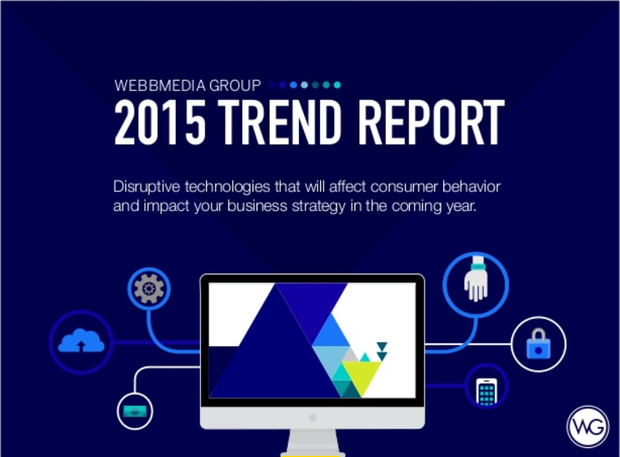 An algorithm is a set of rules or processes that must be followed in order to solve a problem. In 2015, the report predicts, we will see the launch of services using algorithms to curate news.

It points out that Facebook Newsfeed is already using algorithms to curate all the posts created in our networks to serve only the content it thinks will engage us most. Facebook has deployed a new service, FB Techwire, across its network to surface embeddable news stories for media organisations. Algorithms are designed to curate content based on our interests and most recent behaviour.

“Rather than delivering a full breaking news story to our mobile phones, algorithms will deliver the ‘waiting in line at Starbucks’ version of that story, a more in-depth longread to our tablets, and a video version of that story once we’re in front of our connected TVs,” according to the WebbMedia report.

Technology now exists to help journalists keep their sources and information confidential and secure. The Guardian unveiled its SecureDrop system on the one year anniversary of its first Snowden story. It allows whistle-blowers to share files without being tracked. Anyone can submit confidential documents and data to Guardian reporters for investigation.

“We applaud this idea, which is one we recommended to Webbmedia Group’s publishing clients during 2013 and 2014. That being said, we have not seen other media organisations developing systems to securely transfer information or to encrypt their own data,” the report said.

There is a growing trend that smaller audiences want to be captivated by newsletters, podcasts and niche networks.

Chris Hardwick, whose Nerdist podcast is now a multiplatform show is quoted in the report as saying, “Our culture is so niche-oriented now, you don’t need 3 million people to listen to your podcast. If 10,000 people listen, which isn’t a hard number to achieve, then 10,000 people listen to your podcast. You can do something with that, you can build a community, and literally change the world, just recording into a recorder.”

The report also suggests that brands can have one-to-one conversations at scale and news organisations can publish content as conversations.

The cloud is an easy storage system that is now available to anyone. The report predicts seamless content sharing and distribution between devices. “In 2015, we expect to see new content upstarts promising that they are the ‘Spotify of News’.” Storing and synching content on the cloud is explained as, “starting to read a magazine story on your office computer, then picking back up where you left off on the eliptical machine at your gym – without ever using a device of your own. Just as email no longer requires a dedicated device, neither will music, videos or other content in the near future.” Webbmedia Group’s research shows an increasing shift away from ownership in the content space, with users wanting to own the playlist they have indexed in the cloud rather than the content itself. Users want to find and save content to their own dedicated lists and see recommendations, the report indicates.

Virtual reality (VR) is a computer-simulated environment. In 2015, there are two main options likely to be explored. The reports says, “When tethered, VR is experienced wearing a pair of goggles, and it can stimulate sensations of being physically present in the scenes a user is viewing. VR can be experienced untethered as well, by slipping a mobile phone into a special mask.” For news journalism, the company Gannett is starting to experiment with VR for long-form, nonlinear journalism and has created an early news storytelling prototype using VR technology.

Media organisations, marketers and advertisers have needed to adapt their existing content to fit the screens of constantly evolving computers, tablets and smartphones. This does, however, mean those users’ needs are being left behind according to the report. Storytelling is now multidimensional and media organisations need to think about all the possible story dimensions within the context of what the user is doing rather than what device they are holding. Organisations need to think about the digital version of the news story and ask questions like, “where is the consumer right now and what is she doing? Is she at home, at work or in a new location? What types of content will be relevant for her, given a particular moment in time and her interests, activities and location at that moment?”.

The report recommends “developing strategies for aggressive versioning in 2015: content creators can work alongside algorithms to repackage and syndicate different versions to different devices depending on a user’s individual needs, given that those needs will change throughout her day.”