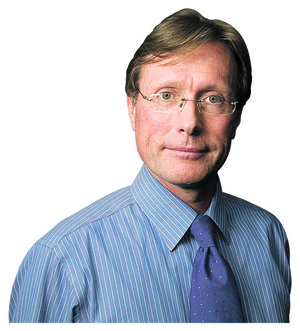 TULLIS: What do you think is the way forward for media organisations to negotiate commenting? Do you think it lies in different types of commenting systems?

PRITCHARD: I spend a lot of time dealing with the reader…and increasingly those people are also people who go online and comment under stories. I think what they most want is clarity from an organisation. They know if they follow a certain set of guidelines that we publish on our website…they’ll be able to comment in a reasonable way and have…an intelligible conversation with other people spinning off that particular story.

I think what’s good about the way that we do things here is that people…sign up and they read those 10 guidelines. If they abide by then them, then really there is no particular difficulty and we can have many wide ranging discussions going on all the time. I think if you start to introduce various different levels, different methods, different ways in as it were, then it is going to start producing a hierarchy that can confuse matters.

Do you think tension arises when comments are deleted because they don’t meet those guidelines?

PRITCHARD: Tension will arise if people feel they are somehow being censored…for saying what they feel is a perfectly reasonable point. I think we have to trust the moderators. We have a large team of moderators here at The Guardian and The Observer who spend an awful lot of time looking for [uncivil comments]…and they have to police it…according to a set of guidelines that people sign up to when they join the system.

As I was trying to explain in my brief little piece last week, sometimes what they see as perfectly legitimate points have to be taken down because they expose the newspaper to the threat of legal action. I don’t think people quite appreciate that sometimes. They are laying the newspaper open to action by us hosting what they have to say, so we have to be careful about these things. We have lawyers here in the office and outside whom the moderators can turn to when they feel there is a comment on the site that may be opening us to legal threat. The lawyers will look at that and give their opinion.

[There are] other tensions around attacks on writers, on misogyny, on sexism, all sorts of areas that really do need to be controlled. The people who perpetuate those sorts of things are often the sort of people who cannot see their views are offensive.

Have you had any specific cases of commenting activity, either from individuals whose identity is questioned or groups of commenters that are being paid to post certain comments?

PRITCHARD: Yes I think in common with every newspaper, we have experienced problems with the…campaign from Russia, particularly around the time when the Ukraine story was particularly hot. We have developed a fairly sophisticated way of identifying those people and making sure their comments don’t appear. But it’s not always possible and some will obviously slip through.

Conversely, that has meant I have had a few complaints from people saying that they…have commented perhaps in a favourable way about Russia and they have been attacked by other commenters for being what they perceive to be a Russian troll, when in fact they are just ordinary people who happen to support a particular aspect of Russian culture. But frankly I’m not sure what can be done about that other than they have to make it fairly plain that they are not part of some cabal.

So that is a problem that is, I’m afraid, bound to happen when interest groups get hold of a site and get hold of a campaign and start firing…comments underneath a piece.

If media organisations make commenters identify themselves, it can deter people who need to hide their identity for safety reasons for example. Contrastingly, anonymity can be used for trolls to post offensive comments. What is your view on anonymity?

PRITCHARD: Anonymity was something I felt quite strongly about a few years ago. I felt that we were almost being unfair to people who we asked to write to the newspaper. If you wrote a letter-to-the-editor for publication, we expected you to identify yourself, unless there were extenuating circumstances by which we would withhold your name and address for obvious reasons. But [now we] have a massive website which is open to anyone who calls themselves Mickey Mouse and it seems to me to be a dual standard that is difficult to sustain. I have to say I have rather lost the argument that anonymity is probably here to stay.

Other newspapers take a different view. I suppose [identifying people] makes things much quieter, more civilised but at the same time it does mean some people feel constrained that they can’t comment. Particularly in nations where the Western press is banned, if they have access to us, it is one way of channeling stuff out to us.

There are often very good, legitimate reasons why people cannot identify themselves, and they’ve got something very important and pertinent to say. I think a blanket demand that people identify themselves will shut those people out. We probably have to accept that anonymity is probably part-and-parcel of the online world.

Here are the main points of the 10 guidelines which all participants in the Guardian’s community areas are expected to abide by, including comments on blogs or articles.

1. We welcome debate and dissent, but personal attacks (on authors, other users or any individual), persistent trolling and mindless abuse will not be tolerated.

2. We acknowledge criticism of the articles we publish, but will not allow persistent misrepresentation of the Guardian and our journalists to be published on our website.

3. We understand that people often feel strongly about issues debated on the site, but we will consider removing any content that others might find extremely offensive or threatening.

4. We reserve the right to redirect or curtail conversations which descend into flame-wars based on ingrained partisanship or generalisations.

5. We will not tolerate racism, sexism, homophobia or other forms of hate-speech, or contributions that could be interpreted as such.

6. We will remove any content that may put us in legal jeopardy.

7. We will remove any posts that are obviously commercial or otherwise spam-like.

9. Be aware that you may be misunderstood. You can help to keep the Guardian community areas open to all viewpoints by maintaining a reasonable tone, even in unreasonable circumstances.

10. The platform is ours, but the conversation belongs to everybody. When we all take responsibility for maintaining an appropriate and constructive environment, the debate itself is improved and everyone benefits.

For the full explanation of guidelines, visit The Guardian website here.