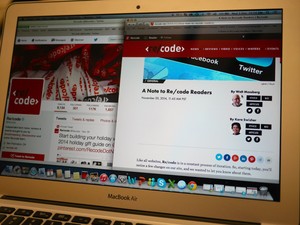 How publications can best handle online comments has repeatedly been a topic for this blog during the past few years, and indeed was the subject of a WAN-IFRA report in late 2013 titled “Online comment moderation: emerging best practices,” which is available for free by clicking here.

Re/code is the latest news site to turn off its commenting capabilities, sparking more debate over the value and future of online commenting systems. Re/code like Reuters, cites the growth and ease of social media as a main factor in the decision, “as social media has continued its robust growth, the bulk of discussion of our stories is increasingly taking place there, making onsite comments less and less used and less and less useful.”

The Washington Post’s recent article by Anne Applebaum cites incivility; the effect comments can have on a reader, trolls and state-sponsored comments as some reasons why online comments are becoming less valuable and could explain the shift towards social media.

Mathew Ingram, senior writer at Gigaom, believes comments are essential because otherwise it would result in less reader input. He is, however, unsure about the best way forward but thinks it involves, “turning comments into just the foundation of a much broader community of readers, who help moderate comments themselves because they cherish that relationship. Annotations and other experiments are worthwhile, but they don’t replace the need for moderation.” He reinforces these points in a interview for a journalism.co.uk podcast last week.

Natalie Stroud, director of the Engaging News Project said, “Although we’ve seen a few recent, high-profile instances of organisations eliminating comment sections, they are still prevalent on news sites in the United States.  I think that we will see some re-imagining of comment sections in the next several years as organisations experiment with new ways of engaging the community online.” Her post in The American Press Institute yesterday explains further.

Is moderation worth it?

Moderation of comments is often a very time-consuming and resource-heavy task for journalists and tension occurs when comments are taken down. Stephen Pritchard in a recent Observer article said, “Problems arise when commenters cannot accept that their contributions have breached the rules. They accuse the moderators of an over-zealous application of the conditions, skewing the debate.”

A recent study by the Engaging News Project found that when a political reporter interacted in a comment section, uncivil comments declined by 15 percent compared to when no one did. Stroud said, “By commenting four to five times on average in response to a post, the reporter was able to improve the tone of the discussion in the comment section.”

“I suspect that we will continue to see variety across all of these dimensions – some platforms with anonymity, some without, some using more aggressive moderation than others,” Stroud told the World Editors Forum. “I do see news organisations spending more time thinking about what sort of community they want to create on their sites, particularly given research showing that the comments left on a site can affect people’s thoughts about the news.  If you want a respectful dialogue, it is important to find out how to create that sort of space.”

An engaged community can fill a defacto moderation role on a site. Ingram points to Slashdot and Metafilter as having successful online communities. He said third party platforms, such as Facebook and Twitter don’t have business’ best interests at heart.

He reinforced this in a World Editors Forum interview, “by handing over commenting to those [social media] platforms, media companies are just outsourcing their problems to others. And meanwhile, they are also handing control over that relationship with their readers to those platforms, which I think is short-sighted.”

The Atlantic’s Adam Felder ran a quick study using Amazon’s crowdsourcing platform Mechanical Turk. One hundred Americans read a snippet of a National Journal article. Half saw the article and a sample of actual comments and the other half just saw the article.

He found that: “Respondents who saw comments evaluated the article as being of lower quality—an 8 percent difference. In other words, authors are judged not just by what they write, but by how people respond.” He concludes by claiming that there are good options for encouraging reader feedback, such as moderated comment sections, forums that build community, quick Twitter and lengthy email exchanges. “But unmoderated comments appear to have a small, but real deleterious effect on readers’ perception of the sites on which they appear. And that appears to have implications for the bottom-line metric on the web: traffic.”

Popular Science claimed in their statement about turning off their commenting capabilities, “even a fractious minority wields enough power to skew a reader’s perception of a story, recent research suggests.” The results of the study found that uncivil comments polarised readers and changed the participant’s interpretation of the news story.

Media organisations are trying to find the most effective commenting strategy. Here are some recent initiatives:

Under the veil of anonymity

The Huffington Post has used a social media plugin, which made commenters link their HuffPo accounts with their verified Facebook accounts. Whistleblowers or people who fear for their safety can apply to be anonymous. This can have consequences for people who need to hide their identity for safety reasons, however it also allows trolls to hide under the veil of anonymity.

“I personally think anonymity is a crucial part of reader responses, because it means that people who would never comment if they had to include their real name are free to contribute to the discussion,” Ingram told the World Editors Forum. “Yes, it means that trolls can as well, but at the same time, some of the best comments are made by people who don’t want to reveal their real identity.”

Who is really commenting?

There have been reports that organisations paid people to post comments. Anne Applebaum in an opinion piece in The Washington Post last week claimed, “Last year, Russian journalists infiltrated an organisation in St. Petersburg that pays people to post at least 100 comments a day; an investigation earlier this year found that a well-connected businessman was paying Russian trolls to manage 10 Twitter accounts apiece with up to 2,000 followers.”

Der Spiegel also reported in May that Russia was testing how American and European public opinion could be manipulated by using the internet and social media networks, as revealed by Moscow’s independent business daily Vedomosti. “The paper [Vedomosti] reported that most of the professional comment posters active in Germany are Russian immigrants who submit their pro-Russian comments on Facebook and on news websites.”