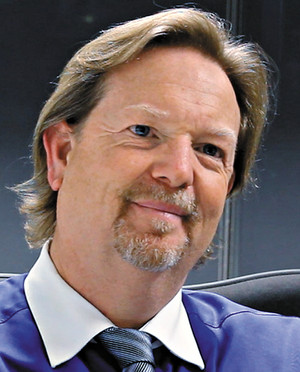 WAN-IFRA: Please describe the relationship between Australian publishers and Google. How is it evolving in light of the situations in Germany and Spain, and how is it likely to develop this year, in your opinion?

Mark Hollands: What an interesting first question – this is nowhere near the top of the concerns of Australian newspaper publishers for 2015. Google, of course, is a competitor but it also drives enormous traffic to publisher websites, which in turn produces revenue. I don’t see, for example, the Spanish situation being replicated here. One local publisher has a commercial relationship with Google, so we’re far from daggers drawn.

If there is any media sector especially nervous of Google’s near-term future capabilities and strategies it is the media agencies, whose bosses continually forecast that Google is coming after them. Maybe so. That isn’t good news for newspaper publishers, of course. But in a free market, you have to strategise your way through the change.

To what degree is Australia experiencing a decline in revenue from print operations, as found in many parts of the world?

Our experience is no different from other mature markets. A mix of social and economic factors meant the downturn for print arrived in Australia around 18 months after the U.S. market was hit. Immediately post-GFC (global financial crisis), Australia fared well while the Americans and British suffered the start of their downturns.

Since 2009, it has been hard work. It has ignited enormous and, arguably, needed change within newspaper publishers. And the Australian industry has been as pro-active as any in responding to the challenge. Publishers are diversifying revenue streams, creating multi-platform brands over the top of product lines, positioning the value of audiences rather the circulation sales, modernising sales engagement models to move from space transactions to solutions, and more. These changes have started to ease revenue slides.

I think we’ve seen the worst of it, and the publishers will now move to a new era in which their business will be stronger and strategically better positioned to deal with the opportunities and challenges ahead. And there’ll be plenty of them.

What potential do you see for revenue from digital readership?

By which you mean subscription revenue? Assuming you do, the Australian market has reacted generally positively to the reality that publishers now need to move to a paid model for their digital content. The top end of the publisher sector has adopted a freemium approach, and digital teams are pushing traffic through social media. Facebook locally says that last year, news sites increased its own traffic by 40 percent.

Titles such as The Age and The Australian already have very strong paid digital readerships. To be honest, I’m quite surprised at how successful they have been in such a short period of time. In the long term, subscriptions will be a significant contributor to revenue streams.

That said, it would be naïve to think digital subscriptions will simply replace circulation revenues. The extent of the transformation of our industry is so significant, we will never simply swap one revenue line (circulation) for another (digital subs). Comparisons like that are uninformed. Our businesses are more complex, and the opportunities for diversification and to create new products have dramatically increased. (And thank you for not asking about “paywalls” – hate, hate, hate that word. It antagonises and excludes readers. We’re dealing with subscription models.)

What outstanding new business models and/or technical innovations – especially unusual/unconventional ones – are being successfully implemented by newspapers in Australia?

I like a product released by News Corp Australia in September called Access One, in which advertisers are able to move their ads in print to the tablet format. They adopted the technology from their sister company in the U.K., and it is a sweet application. News has also partnered with Ad Taxi and Digital First Media, which has been exciting. Others, like the Toronto Star and Dallas Morning News, have done the same.

Fairfax Media has been active in creating business lines for events, content marketing and scaled up its property marketing services. APN News & Media has rebranded in New Zealand – and that’s been a really impressive piece of work. Check out “NZME.” Don’t forget the full-point – that’s part of the brand. And any publisher looking to discover best practice in selling integrated media (TV/print/digital), should investigate Red, a solutions arm of Seven West Media, of which The West Australian newspaper is a part.

At an industry level, the new readership survey, emma, had an outstanding end to its first full year, and the industry also launched an online bidding system for print advertising, called Bid on Print. There’s been a great deal of overseas interest in that initiative. We are also about to launch an interactive newspaper locator, in which we have mapped more than 500 newspapers to TV areas to assist agencies in planning integrated media schedules. Every masthead entry features readership and circulation data, contacts, even a front page.

If there’s one thing you can say for the Aussies, they never stop having a go!

How will native advertising develop as a revenue source for Australian newspapers in 2015?

Slowly, in all probability. Many ask whether this is just a new name for advertorial. Others are concerned about what it might mean for editorial independence and the impact on reader confidence in the quality of their favourite publication.

Everyone is probably familiar with the New York Times’ execution for the TV show “Orange is the New Black”. It was clever and, in all probability, best practice. But one does tread a very fine line, and my belief is Australian publishers will never seek to compromise their integrity with the reader. When there is so much market competition, our editorial content has to be better and more compelling than it has ever been, not peddled for a price.

Please comment on the likely development of mobile as a publishing platform for Australian newspapers in 2015 and the near future.

Nearly a third of news publisher readers consume our journalism on a mobile device – 16 percent do so on smartphone and 17 percent on tablet. These consumers in general are also significant readers of the printed newspaper and websites that are accessed on the desktop. So the crossover is huge. Despite this sizeable audience, however, advertisers are being cautious. The local market certainly isn’t as sophisticated as, say, the U.K., where progress is probably 12 to 24 months ahead.

This year, I sense mobile will probably be positioned as part of a brand-scale offering by a publisher or major newspaper. If someone wanted to tip all their money into mobile, no one would stop them, but it’s not at the pointy end of any news publisher’s go-to-market strategy.