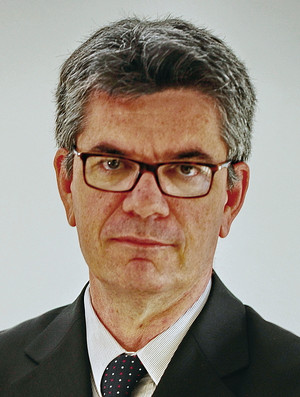 WAN-IFRA: Please describe the relationship between Brazilian publishers and Google. How is it evolving in light of the situations in Germany and Spain, and how is it likely to develop this year, in your opinion?

Marcelo Rech: We follow the situation in Spain and Germany very closely, but for now there is a normal relationship between the Brazilian media and Google. When an initiative is interesting for both sides, we work together, as with any other company. The opposite is also true. Four years ago, the Brazilian newspapers jointly asked Google News to list only one line of their stories. Google agreed, but prioritized its search results to favor publications that agreed to displaying larger amounts of content. Thus the Brazilian Newspaper Association recommended that members ask Google News not to link to their content. The result is that the aggregator is now irrelevant in Brazil.

To what degree is Brazil experiencing a decline in revenue from print operations, as found in many parts of the world?

In general, circulations in Brazil have been stable and even increasing for some of the so-called popular newspapers. Usually associated with quality papers, those publications hit the market in the Internet age, do not have a sensationalist profile, and are directed at an emerging middle class, with content focused on “news you can use.”

As for the quality papers, they have stabilized circulation, because for the most part they have undergone profound changes over the last 15 years in order to produce more exclusive content and adopt a magazine-like style, both of which make them less susceptible to competition from electronic and digital media. The main problem for newspapers in Brazil is falling advertising revenue, which is also a result of the country’s economic downturn.

What potential do you see for revenue from digital readership?

Brazil has the world’s largest potential for online news, according to the Digital News Report 2014, published by the Reuters Institute. No less than 61 percent of Brazilians say they are willing to pay for news, while in Italy, which ranks second, the number is 23 percent. The report also notes that 22 percent of Brazilians paid for online news in 2014, compared with 14 percent of Finns, the second-highest rate. Brazilians are also on top in social network use and the number of hours spent online per week.

On top of that is the resolution by publishers who belong to the Brazilian Association of Newspapers (ANJ) to establish paywalls. Today, dozens of publications already have paywall systems. In some cases, digital subscriptions already represent more than 20 percent of all subscriptions. In another words, if there is a place where a digital paywall will work, it is in Brazil.

What new business models – especially unusual/unconventional ones – are being successfully implemented by newspapers in Brazil?

In the second half of 2014, the Brazilian Association of Newspapers launched a movement with the objective to shake up the Brazilian market. Called “Newspapers in Motion,” the initiative aims to demonstrate the true relevance and impact of newspapers. Three measures were initially taken:

Since the end of last year, the movement can count on one of the best-known advertising figures in Brazil, Nizan Guanaes. He has personally, and enthusiastically, taken up the account of ANJ and the cause of Brazilian newspapers.

Please comment on the likely development of mobile as a publishing platform for Brazilian newspapers in 2015 and the near future.

Estimates are that the number of smartphone users surpassed 50 million in Brazil last December, and the rates are doubling every year. In general, everyone is chasing this gigantic market, although the media are not moving as quickly in their adoption of mobile devices. We still do not have “mobile centric” newsrooms, for example, but this imbalance is a worldwide problem.

The media were beginning to understand the wave of the web when we were engulfed by mobile. If we recover the lost time, I have no doubt that newspapers in Brazil and in other countries will make an extraordinary leap into the future.