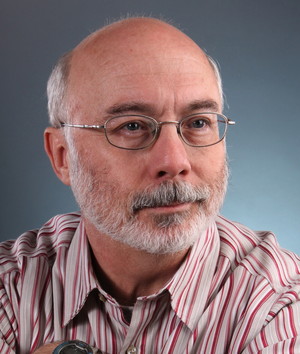 Edge is the author of four books, including Greatly Exaggerated: The Myth of the Death of Newspapers, which was published in late 2014.

WAN-IFRA: What does the year ahead hold for tablet news publications such as the ones started by La Presse and the Toronto Star? Why do Canadian papers appear to be taking the lead in this area – is there something unusual about the newspaper market and/or tablet ownership base?

Marc Edge: I am not optimistic about newspapers on tablets given the experience of News Corp’s The Daily. The Toronto Star is attempting to piggy back on the success La Presse has had with tablets, but the two newspapers operate in quite different markets. We have seen a convergence strategy work in the French-speaking province of Quebec where it has not succeeded elsewhere in the country. This is likely because of the insular nature of the French-language market in Canada, where there is a lack of competition. The English-language market is much more competitive, so readers can more easily find free sources of online news. In Toronto, for example, there are four daily newspapers.

Will 2015 be the year that newspaper publishers finally start making money from mobile publishing?

I doubt it. The economics of mobile publishing seem even more daunting than those for online publishing. Following the metaphor of print dollars versus digital dimes, for example, we see reference to mobile pennies.

Will we see more U.S. daily newspapers reducing their frequency of publication this year?

I don’t think so. Advance encountered considerable blowback in New Orleans when it cut back to thrice-weekly publication, and it launched the tabloid T-P Street in response and eventually reinstated Monday publication of the Times-Picayune as well. In Cleveland, it retained seven-day publication but cut delivery frequency of the Plain Dealer, but reinstated Saturday delivery after complaints from advertisers. I think other publishers are watching community response to Advance’s moves carefully. I believe they will conclude that alienating readers and advertisers by canceling money-losing editions is not worthwhile in the long run.

Aside from The New York Times and Wall Street Journal, how are North American publishers doing with their paid-content strategies? Are you seeing many success stories?

Numerous other newspapers have successfully implemented a paywall, such as the Minneapolis Star Tribune and the Gannett newspapers. More important than generating revenue from online subscriptions, however, is the fact that paywalls seem to help stop erosion of print subscription revenue, as seen at the Arkansas Democrat-Gazette, which has kept its paywall up continuously since 1998.

Virtually all U.S.-based media conglomerates have spun off their print operations (Editor’s note: see http://epaper.wan-ifra.org/2014_0910_en/#/4/). How is this situation likely to develop further in the USA? In Canada?

The trend to de-convergence is worldwide and follows the failure of convergence as a business model. In Canada, de-convergence was achieved first through bankruptcy, when the newspaper and television divisions of Canwest Global Communications sold off separately in 2010. Shortly thereafter, the Globe and Mail national newspaper asked out of its partnership with the CTV network, citing major differences between the two media.

Please go out on a limb and predict the five biggest trends on the U.S. and Canadian newspaper markets this year.