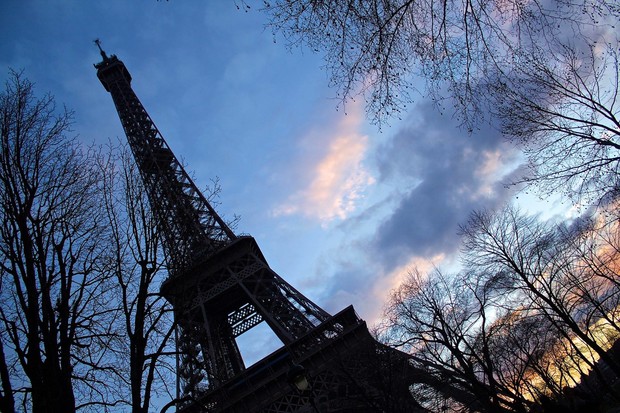 The incident is unlikely to affect future legislation according to Matt Waite, Professor of Journalism at the University of Nebraska-Lincoln and founder of the Drone Journalism Lab, but journalists must consider carefully how they report with drones, since there is still a risk of backslide by governments on the issue.

“I absolutely believe there is still the potential [for restrictive regulation] and I still actively worry about that,” says Waite.

He says the US Federal Aviation Authority’s (FAA) recent proposed regulation is a positive step, and that there is too much pressure (at least in the United States) for an incident like this in Paris to cause a negative reaction. However it would take only one “spectacularly dumb” incident to stop progress.

“Part of my genuine relief with the FAA’s proposed rules was partly because of that, I was really concerned that they too have these worries and were going to try and institute really restrictive policy to stop it and they didn’t do that,” says Waite.

As it turned out, that story became “a joke more than a genuine threat to most people and so that ended up turning out okay. But honestly I thought that was … going to bring it all down,” says Waite.

However Lewis Whyld, a photographer and pioneer of drone journalism at the Telegraph in the UK, says incidents like this in Paris threaten drone use for journalists “because the rules will become a lot tighter, and the people that are doing it within the rules are going to have to jump through more hoops and obey more laws,” says Whyld.

“Whereas the people that are doing it irresponsibly are just going to be able to do it because they’re flouting the law anyway.”

Videos [not by Al Jazeera journalists] on YouTube of drones used in Paris show footage of the unmanned vehicles swooping around landmarks, over crowds and in dense urban areas.

It is currently illegal for any aircraft to fly lower than 6,000m (19,700ft) over central Paris without official permission. It is also illegal in every country which has regulations on the use of drones to fly over the heads of crowds. In France, filming and photography with aerial craft is also currently restricted to private use.

A judicial source told AFP news agency of the three arrested journalists: “The first was piloting the drone, the second was filming and the third was watching.”

Journalists must be ethical reporting with drones

“You’ve got to give some kind of clues to people that you’re not there to do harm,” says Waite, “And in a city like Paris right now, that recently had the Charlie Hebdo massacre … it’s a city on edge. That’s really going to be magnified if you start flying around a thing and nobody knows who you are or what you’re doing.”

Whyld warns that journalists must consider every aspect when using drones to minimise potential harm.

“Say you’re out filming something in India and there isn’t specifically rules against it, and say there’s a mass pilgrimage of people: you fly over them and it causes this stampede, and people get killed that way.”

“You know you [might] be thinking: ‘I’m going to fly here, I’m going to be across the river, and they’re going to be over there. So they’re not in danger of it landing on their heads.’ But then they could see it and think: ‘What’s that, a targeted strike?’ You don’t know what people are going to think and if they start running away it’s this situation that you haven’t foreseen.”

Whyld explains that when he was working in Gaza he determined not to use drones to film for this reason, since it might endanger the people he was working with if it was misinterpreted as a Hamas weapon, or because it might alarm people there.

Waite agrees that drone use must be considered carefully for every story.

“I’ve had a number of journalists ask me about using drones to show the size of Syrian refugee camps because they’re massive, they’re absolutely humongous, and I say to them: ‘Look, honestly I would love to see that image but you have to understand you have a displaced people who are probably going to be pretty terrified by a flying device over their head – particularly one that looks like maybe something a government entity might use – and so you might cause a mass panic doing that,’” says Waite.

“You’ve got to think about the environment that you’re working in.”

“It’s really about thinking through what it is you’re doing, what are the possible negative aspects of that and how do you minimise that – which if you think about it is not really all that different from a lot of journalism that is done,” says Waite. “You want to minimise harm. This just puts it in a different theatre.”

Waite explains responsible drone journalism is that which is open and clearly identifies itself as the media, and is “first and foremost” use that follows local aviation regulations.

But he also notes that there is still a psychological discomfort surrounding drone use, which must be addressed.

Both Waite and Whyld have noticed a shifting perception in drone use, one which increasingly associates them with small hobby vehicles first, and the militarised predator drones second.

“It’s far less monolithic than it used to be,” says Waite, “I think it softened quite a bit with Amazon’s announcement last year that they wanted to deliver packages with these. That was an idea that captured the imagination and probably did more for opening up people’s minds to what these devices really are than anything else.”

However for now, Waite reminds journalists that the use of drones is a “provocative act” and so: “You are going to draw attention to yourself using these. That attention may include law enforcement, and you may end up getting detained or interviewed or anything like that for some time, and that’s just the way it is for a while.”

But the potential for new storytelling does counter the risks of drone journalism.

“In a way it is just trying to reclaim capabilities that we once had,” says Waite, saying drones could be the cheaper alternative for local outfits and start ups who can no longer afford the massive expenses of helicopters for aerial shots. But he also sees potential for investigative and accountability journalism, particularly in the field of climate change, where drones could regularly and cheaply be used to track landscape change, and map disasters and disaster recover, as well as hold governments accountable for expenditures related to this.

Whyld says: “New cases are still coming out with what we can do with these things and where they can be useful, and I think if we just outright ban them it would be a tragedy, because there’s so much good that can be done with them.”

He mentions how in the Philippines after Typhoon Haiyan in 2013 his drone ended using his drone to find bodies that were out of reach.

“It was a use I hadn’t thought of, that we were finding the bodies of victims and they could then be found, recovered and given back to their loved ones,” says Whyld.

He also mentions being able to use a drone to look into a car trapped in the recent Somerset floods in England which was inaccessible by foot, to check if there were people inside (thankfully, there were not). 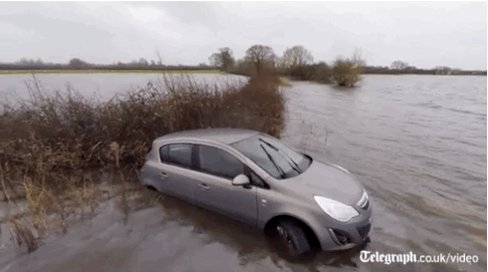 Ultimately, in regards to fair regulation in cooperation with ethical use of drones by journalists, Waite says the restrictions that journalists should face should be primarily about safety.

“Fair rules [would] allow for operations in urban environments with the maximum amount of freedom – where safely practicable,” and those rules should apply to everyone, “Because frankly the sky is a public good and no one group of people has a right to it over anyone else,” says Waite.

“There are some secondary issues and privacy is of course one of them, but I am primarily concerned with safety [as are the FAA and France’s Aviation body]. I believe that our industry’s history of ethical practice will keep us out of most of the basic privacy issues.”