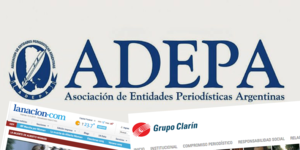 The National Association of Argentinian News Publishers (ADEPA) established a Digital Strategies Committee last year with the aim of taking a joint approach towards audience engagement and development. Publisher of La Gaceta de Tucuman and Vice-President of ADEPA Daniel Dessein told the World Editors Forum how the committee is sharing data and launching coordinated initiatives in an effort to find place in the digital media world.

“The main purpose of this Committee – which represents 80% of Argentina’s circulation – is to have a place where the members can share their ideas and coordinate action,” says Dessein. “We seek to have a better understanding of the audience and increase it [while monetizing] digital content production – in addition to improving the profitability of digital advertising and [assessing] our position against the big digital players.”

A user who clicks on more than 20 articles a month hits a registration wall. No payment is involved, but the system will ask the user to fill in a digital form with personal information such as name, email, date of birth and gender.

The idea behind the initiative is to study the audience’s behaviour to better understand what the audience really consumes. “We want to study what is the level of resistance to register, for example,” says Dessein.

This follows from a three-month project which saw La Nación and Clarín developing special software – which they are sharing with the other newspapers – to analyse the percentage of the articles consumed in the country. “By means of different web storage methods (client-side) a database is generated containing information regarding the URLs which users have access to.

For Clarín, four percent of the 21 million unique monthly visitors passed the barrier of 20 items. The percentage for La Nación and La Voz was slightly higher”, Dessein explained.

Clarín and La Nación are starting the experiment and other papers will follow.

Eventually after an analysis of the data gathered, the publishers will consider the implementation of a paywall.

All the data gathered belongs to each publishing group but the analysis of that data will be shared among all Committee members.

Co-operation is not easy, but necessary

“We started a year ago and we travelled to New York to learn from the experience of The New York Times, then to Colombia to study the case of El Tiempo, that was launching a paywall, and to Brazil to see the case of the ANJ, the Brazilian National Association of Newspapers, which established a similar committee to ours that coordinated the implementation of paywalls as well as their strategy towards Google and Yahoo,” says Dessein.

But Dessein concedes it was difficult to establish the Committee and have all the publishers cooperating.

Publishers understand that the competition now comes from outside the industry, so cooperation is the best shot to figure out a way for the industry to cope with current financial challenges.

The introduction of a paywall is not the only collective action on the committee’s agenda, there is also a plan to take a coordinated approach on the commercial and advertising fronts.

The committee plans to meet every couple of weeks to report on the progress of the project – which is expected to run for six months – and share the experience and the analysis of the data gathered by the registration wall.

Disclosure Statement: Dessein is a member of WAN-IFRA’s board and the LATAM committee.