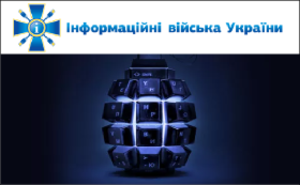 A resolution passed in the Ukraine on 19th February bans over 100 Russian media outlets from reporting within the Ukraine. The General director of the Ukrainian Association of the Press Publishers (UAPP) Alexei Pogorelov denies that the law is politically motivated, arguing that this move was sparked by Ukrainian journalists’ concerns over press freedom and integrity. The new law passed by the government suspends the accreditation of Russian media outlets registered outside the Ukraine, while the list of Russian journalists banned from entering the country continues to expand.

To counter-act Russian propaganda further, Ukrainian authorities have called for greater audience participation in the news gathering process. A new website launched on February 23rd by the Ukrainian Ministry of Information summons its citizens to apply to become “Інформаційнi військa України” “information warriors”. Applicants are required to fill out and send a form back by email to pass their initiation. In return, successful ‘information warriors’ receive a list of instructions from the recently formed, controversial, Ministry of Information to be completed daily. The tasks involve gathering information on the Russo-Ukrainian conflict as it unfolds. Another objective of the site includes counter-acting Russian propaganda by debunking fallacies in Russia media reports and publishing them online.

On behalf of Ukrainian publishers’ UAPP, Alexei Pogorelov “calls for more support in what is a critical moment for Ukraine”. UAPP “fully supports the measures taken by the Ukrainian government and finds it of utmost importance to continue work in the informational sphere, to raise the professionalism of journalistic standards, to encourage the dissolution of myths, combat with fakes and enforce clearer lines of communication both within the Ukraine and throughout the world- so as to counteract Russia aggression.”

“The camouflaging of propaganda as journalism cannot carry on,” said Pogorelov.

Pogorelov said the suspension of accreditation for Russian media is a temporary measure taken out of necessity, now that the Russian Federation has been officially acknowledged in the Ukraine as an aggressor state. He adds that Russia television reporting crews often arrive to areas of conflict before the insurgents themselves.

He told the news outlet Interfax: “Putting any restrictions on the right of one’s nation to obtain comprehensive information from various sources unquestionably runs against the notion of a modern free, democratic state. If Ukraine wants to become a truly democratic and free country, it should stop using any such restrictions.”

Pogorelov said “while the freedom of speech is virtually non-existent in Russia, Peskov’s right to lecture other nations on democratic standards is more than questionable.”

Pogorelov noted that one of the first measures taken by the Russian occupants of Crimea last spring was to shut down all the Ukrainian media outlets. Various editorial offices in Crimea were invaded by armed Russian separatists who demanded they report on current events “from the proper angle”.

The publisher of the news outlet Russia Beyond the Headlines, Eugene Abov, believes “shutting down TV channels that do not hold a proper Russian Federation broadcasting license is a legitimate move from the governmental point of view.”

Despite being opposed to the new accreditation law, Abov notes, “I do not think the new resolution is going to effect the day-to-day operations in the media coverage in Russia, because there is still access to information agencies and foreign media.”

Yet only last month the Russian Duma passed a law which will curtail the number of foreign media owners based in Russia by 30%. The new law is an amendment to the “Law on the means of mass information”, which was supported by 434 deputies, and voted against only by one.

By clamping down on support from foreign capital and international specialists, the government, critics argue, is thwarting the Russian media business’ prospects in the international media market.

Dmitry Gudkov, a deputy of the State Duma (which is the lower house of the Federal Assembly of Russia), opposed the new law, telling his colleagues: “The presidential administration which passed this law and you yourselves read ‘Vedomosti’, [a daily Russian business newspaper]. Would you really rather read in its stead Dugin’s military agenda?” (Dugin is a Russian political scientist known for his fascist views and calls to hasten the “end of times” with all out war.)

Nevertheless, the new law seems to indicate that the logic guiding the majority of the State’s deputies favours the demands of Russia’s political interests, rather than the country’s economy, which could benefit from continued foreign media investment.

Unlike Western media, which seeks to challenge authorities, the Russian media is marked by an unshakeable fear of the state, which traces back to the Soviet regime. In light of the Russo-Ukrainian conflict, some critics say journalists are as politically-implicated as frontline soldiers.

One such critic is the journalist Roman Super who was fired from the Russian TV channel “REN TV” in August 2014, where he worked for its last independent analytical news program. He relays his experience of the widespread struggle among Russian journalists: “the single and most important interview topic in a television job application has become not the profession itself, but the war. After being fired, I was invited to a job interview for the TV Channel “The Star” (emblematic communist red star). I was under the impression that rather than handing me a microphone, the television channel, which is owned by the ministry of defence, would equip me with an automaton and a war uniform.”

“A fully fledged war has laid siege on the television. All its efforts, resources and budget are invested in the front, in victory. A perpetual premonition that everything could fall to ruin tomorrow- professionally, economically, and nationally- means that today we [tv presenters] must comply with every command from the higher echelons of power”.