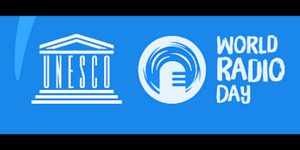 In France, as elsewhere, there have been clear changes in the professional journalism sector, with job losses on top of everything else.

In 2013, the Commission responsible for issuing identity cards to professional journalists (C.C.I.J.P) issued 36,823 press cards. Out of this total, 9,363 cards were for freelance journalists and journalists seeking employment. Journalists in these situations currently represent over 25% of the profession as a whole.

This instability evidently concerns young people entering the job market. A study carried out in 2013 by the French media industry observatory revealed that 68% of those under 26 years old were working freelance, a number which is constantly rising, having passed from 50% in 2009 to 60% in 2010. The current fragility of the status of journalists is equally reflected in the radio industry. Of the 37,000 press cards issued in 2012, 3,563 were for radio journalists, 61% of whom work in the public sector and 39% in the private sector.

It is also in the radio industry that we see freelance journalists who have press cards with the lowest income, the vast majority of whom are under thirty. Their incomes are in the range of around 1,500 euros per month before tax. Often these payments are made late. A young female radio journalist working for a major private radio station with national coverage told me that she once worked a full week and was still waiting to be paid five months later.

When entering the profession today some young journalists develop a specialization strategy for a specific type of media, but most must be versatile as they are obliged to work simultaneously in television, radio, online and the written press in order to pay the bills. This situation causes them to confront a real question: what is my actual availability, in each medium, to produce consistent, quality work?

A study carried out in 2013 by the French media industry observatory revealed that these days 68% of those under 26 years old are working freelance, a number which is constantly rising.

I remember what a regular freelance journalist working for a radio station in Auvergne told me. She had seen more and more students joining the station. Young people provide a fresh perspective. They breathe new life into the station and they listen to a lot of radio themselves. They start working out of passion, attracted by the “hot” news media profession. But after a few years of work, other young people arrive and the earlier arrivals who are not shown the door find themselves with less work. Under these conditions, the inclusion of young people in the radio business is both fragile and unsustainable. In order to protect themselves and their future prospects, young people do not dare address the problem openly. They want to work in radio, so they put up with it.

These days, we enter the profession at a young age, but we leave it at a young age too. In France, by the age of 40 one journalist in two will leave their job. We see it in our association, where few members are above that age. In a separate study published by the Civil Society of Multimedia Authors (SCAM) in November 2013, the main grievances of the journalists interviewed regarding their profession were instability, isolation and a lack of recognition. It is an issue we want to raise in our association Profession Pigiste. Journalists have to, or the younger ones will have to if they have not already, consider updating their skills. They may do so by training, maintaining diversified networks and opening the profession up to people who are not necessarily journalists.

Radio as a social mobiliser for young people

“Fundamental topics such as gender rights, particularly the fight to counter violence against women, the defence of natural resources and community land, the promotion of culture and art and the defence of education, have been and continue to be mobilizers for young people,” explains Father Ismael Moreno Coto, Director of Radio Progreso in Hondura. “So, how can young people be encouraged to be directly involved in radio broadcasting?” he asks.

“With youth training programmes in the community, which make radio programmes more relevant to young people’s lives and surroundings, and by organizing youth movements concerning art and culture, a youth radio station or one directed at young people cannot be at odds with clear social and political content. Neither should well-defined political content and orientation conflict with music and entertainment. Herein lies one of radio’s most interesting, troublesome and original challenges.”

As a mass medium reaching the widest possible audience around the world, radio has a strong and specific role in emergency and post-conflict situations.

The UNESCO-implemented project Sa’a Suriya (The Syrian Hour) shows the great capacity of young people to produce and create radio content on important topics, even in the most difficult circumstances. Started in 2012 with funding from the Government of Sweden, and continuing with sponsorship from the Government of Japan, the Sa’a Suriya radio programme is part of the response to the Syria crisis. The programme has become a well-known and much needed source of information that targets Syrian refugees residing in host communities in Jordan. Syrian refugees and vulnerable Jordanian youth, in particular in the northern areas of Irbid and Mafraq, in addition to Amman and Zarqa, are the primary beneficiaries of the programme which closely cooperates with the two community radio stations in Irbid (Yarmouk FM) and Amman (Farah al Nas).

Your radio station may be youth-inclusive and able to address issues that affect young people directly through programmes that air youth voices and opinions. But what about content actually created by young people? This guide helps adult radio teachers and industry mentors to equip young people to produce their own content, that is, radio shows by young people for young people.