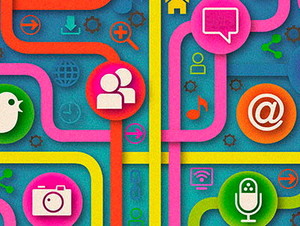 During the WAN-IFRA Dagsvara conference in Stockholm on Thursday, the morning’s sessions revolved around the consumer – and how publishers can build user revenue digitally, not least by collecting data.

There is, of course, one group of consumers that is particularly difficult to attract: young people who have never paid for news. Dutch platform Blendle thinks it has cracked that particular nut. Co-founder Marten Blankesteijn told Dagsvara participants that the kiosk, which only last week added The New York Times, The Washington Post and The Wall Street Journal, offers a good way for non-traditional news readers to discover content – and pay on a per-article basis. Once you are registered, the purchase is a one-click affair, and you can get a full refund if you’re not happy with the article. “This is a positive message for our users – and we find only 5 percent of articles are refunded,” said Blankesteijn. Publishers set the prices and get 70 percent of the revenues.

The discovery aspect of the Blendle website includes following topics, following what friends read, and search. “The social aspect is particularly powerful. We find that users click on stories their friends read, not seldom ending up visiting publishers they would never normally go to,” said Blankesteijn.

Bonnier News, which includes national titles Dagens Nyheter, Dagens Industri and Expressen, and regional Sydsvenskan and Helsingborgs Dagblad, embarked on a group-wide data project about a year ago, following the appointment of Tomas Franzén as Bonnier CEO. Franzén, who hosted a get-together during the pre-conference start-up tour, said he met with the editor-in-chief of financial title Dagens Industri in his first few weeks on the job and was told that out of 160 staff members, only three people worked in technology. Today that figure is 25. “Media companies now also have to be tech companies,” said Franzén.

“Data is not revenue”

Bonnier News CIO Charlotte Svensson, who is in charge of the data project, said, “Data is not revenue. We need to understand the data and build actions around it to make it valuable.” At the core of the project is developing, and continuously improving, an automated customer journey – setting up steps along the way that trigger actions from the user. This journey is also key to reducing churn. “It’s all in the detail,” said Svensson.

Regional news title Västerbottens-Kuriren launched its freemium paywall in October, and since then has managed to increase its total reach to 60 percent. The conversion rate (including digital-only and bundled subscriptions) is 64 percent, or 80 percent if you exclude the oldest audience segment.

According to Managing Editor Jessica Wennberg, the key to success was the three years of work before the launch, during which time the newsroom acquired a detailed understanding of its target groups. “It turned out our journalists didn’t know their audience as well as they thought they did. We did a lot of workshops about the target groups and our core brand values to get to where we are now,” she said. Thinking about stories based on a deeper understanding of the readers led to new angles and new ways of reporting, which increased the value for readers, said Wennberg. Today, the balance of free/paid use on the website is 50/50.

Leading up to the launch, VK ran an advertising campaign. “The message was a positive one: This was something we were doing to improve our offering to our readers. Of course we had some freeloaders then complaining about the stuff they couldn’t read, but equally, subscribers told freeloaders that they should pay for the in-depth stuff,” said Wennberg. Traffic dipped initially but is now higher than ever.